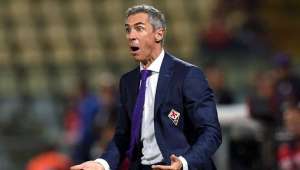 Fiorentina coach Paulo Sousa has praised his side following their narrow 2-1 loss to Juventus on Sunday night, although did admit that his team will suffer following this demoralising defeat.

The Viola outplayed the Bianconeri for much of the night but were ultimately unable to take their chances, but Sousa remained optimistic for the future, insisting that he wants to help the club improve.

“Losing games like this affect you a lot, but the most important thing is the way we played against a very strong team.” said Sousa to Premium Sport.

“My intention at this club is to create a winning mentality whilst also playing good football, keeping possession, and trying to improve at an individual and tactical level.

“Every player that plays for this club has to be able to produce the level of performance we produced tonight on a consistent basis, that’s how you win trophies. We need more quality to compete with Juventus. ”

Sousa was also reluctant to blame the decisions of the officials after Federico Bernardeschi was wrongly disallowed a goal for being offside and Marcos Alonso should have been awarded a penalty.

“These things happen in football and they are part of the game,” he added. “The intensity of the game is so fast errors can happen, all we can do is try to be the best team possible.”