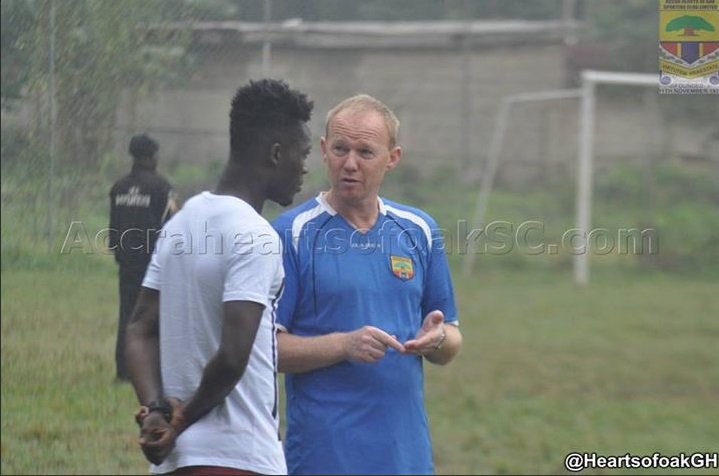 Winful Cobbinah has been targeted by Kaizer Chiefs

South African giants Kaizer Chiefs are on the verge of signing either Winful Cobbinah or Stephen Sarfo following their heroics at Wafu Cup of Nations.

Chiefs coach Steve Komphela has confirmed that they are keeping tabs on an unnamed player who recently shone at the 2017 WAFU [West African Football Union] Nations Cup.

Amakhosi are keen on signing a quality striker, and although Komphela didn't want to disclose the name of the player they're monitoring, the said player could either be Winful Kwaku Cobbinah or Stephen Sarfo.

The two Ghanaian strikers made the best eleven at the WAFU tournament, and should things go according to plan, Chiefs fans will have a new striker in the near future.

However, the Soweto giants may have to wait until January to sign either striker, as the two frontmen are currently contracted to their respective teams.

Cobbinah is contracted to Accra Hearts of Oak, while Sarfo is on the books of Berekum Chelsea.

"There is one player within the best eleven players at WAFU and I wish I could mention his name but I know people will jump up and go and get him," Komphela told the media.

"We are already on top of that. You got to be on top of your game and sometimes in football it is unfortunate that we cannot disclose everything.

"There are certain things that we do which we wish we could share with people, but you cannot share because you know how it is.

"If you are selling fish and chips and you telling people that the best potato comes from Zuurbekom everybody will go and buy that potato from there.

"So you don’t tell them where the potato comes from but you keep telling them there are potatoes coming in for quality chips," concluded Komphela.