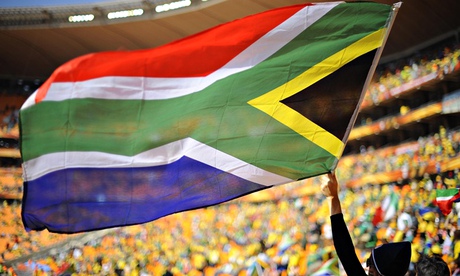 It is now more than four years sinceÂ South Africa hosted a very successful Fifa World Cup, defying all the sceptics who raised alarms before the event about crime and the readiness of the countryâ€™s infrastructure to cope with such a major international event. It was a proud moment for the country.

Now that South Africans have had the chance to digest the implications of their government spending over Â£2.4bn on six new world-class stadiums and upgrades to roads and airports, has the outlay been worth it ? Has the game of football grown as it was meant to by hosting the World Cup?

Judging by the poor attendances at top-flight games not involving the countryâ€™s two most popular clubs, Kaizer Chiefs and Orlando Pirates, who are also by far the most powerful in financial terms, and the poor performances of the national team Bafana Bafana the answer unfortunately has to be a resounding â€œnoâ€.

The Premier Soccer League (PSL) has acknowledged being concerned about poor attendances ranging between 500 and 5,000 spectators for league matches not involving Chiefs and Pirates, who usually attract crowds of more than 50,000 every time they meet. Their massive support also means they attract the biggest sponsorships, at a time when the pre-World Cup sponsorship boom is declining.

The sparse attendances stem from the lack of excitement in the local game â€“ last season Kaizer Chiefs striker Bernard Parker finished as the leagueâ€™s top scorer with a measly 10 goals, and that after not scoring in the last three months of the season and also missing several games through injury- and the pervasive television coverage of football by the countryâ€™s satellite TV service, SuperSport, who offer not only comprehensive coverage of local football, but also screen every single game in Englandâ€™s Premier League as well as providing extensive coverage of Spainâ€™s La Liga, the German Bundesliga, Italyâ€™s Serie A and Franceâ€™s Ligue 1.

Such is the popularity of SuperSportâ€™s ubiquitous football coverage that satellite dishes can be seen protruding from the corrugated iron exteriors of a good number of shacks in the countryâ€™s poorer townships.

The dilemma for the PSL is that SuperSportâ€™s R2bn (about Â£112m) payment over five years for the TV rights, allows the league to pay its 16 clubs a monthly grant of R1.3m (Â£72 000) but at the same time the local game is losing fans who prefer to watch the football from the comfort of their homes, receiving high definition pictures, while also having a choice of watching (better quality) football from other parts of the world.

The absence of fans has given several municipalities who own the World Cup stadiums around the country a king-sized headache as they battle to ensure the financial sustainability of the venues. A prime example is the 54,000-seat Cape Town Stadium, magnificently set with the world famous Table Mountain and Robben Island as backdrops. Maintenance costs have drained the city councilâ€™s coffers by R42m (Â£2.4m) a year with very little income to offset that expenditure.

Ajax Cape Town, the cityâ€™s only Premiership side, battles to attract crowds of more than 5,000 to their league games and not surprisingly, they find the cost of hiring the stadium far too expensive. Were it not for a few high profile international concerts which have over the recent past featured the likes of Justin Bieber, Linkin Park and Eminem, the stadium would have stood unused for most of the year.

Other municipalities like those in Port Elizabeth, Nelspruit and Polokwane have resorted to paying teams like Chiefs, Pirates and newly promoted Chippa United to play at their stadiums in the hope of marketing their respective cities and bringing in tourist spend. Chippa United, for example, have just concluded a R36m(Â£2m) deal to base themselves in PE so that the Nelson Mandela Bay Stadium could host football matches rather than only the Super Kings and Eastern Province Currie Cup rugby games which has been the case since the 2010 World Cup, bar the odd football friendly game.

On the national front, Bafana Bafana continue to lurch from one crisis to the next. They have failed to qualify for any international tournament, which South Africa has not hosted, since they made it to the 2008 Africa Cup of Nations in Ghana and that was only as one of the best third placed finishers.

It is a sad reality that besides Evertonâ€™s Steven Pienaar, who has retired from international football, and Thulani Serero at Ajax Amsterdam, no South African is a regular in any of Europeâ€™s top leagues. We need our top talent to be gaining valuable experience by playing with and among the best footballers in the world as was the case in the 1990s when Lucas Radebe, Benni McCarthy, Mark Fish, Shaun Bartlett, Eric Tinkler, Shoes Moshoeu and myself were all playing for top European sides.

The junior national teams have not fared any better either as none of the under-17 or under-20 teams have qualified for continental tournaments in recent years. To their credit, the new SA Football Association (Safa) executive headed by Danny Jordaan, who was CEO of the 2010 World Cup organising committee, has identified youth development as a priority. To expedite this process it has introduced national junior tournaments and has also sourced much-needed sponsorships for these events.

Safa has also identified the need to establish world-class football academies in the countryâ€™s nine provinces and work on the facility in Durban is already at an advanced stage.

There is no question that South Africa has football facilities and infrastructure that can compare with the best in the world and there is no shortage of money in its professional league. There is also an abundance of natural talent in the country but that needs to be harnessed through a well-planned development programme which will develop that talent into realising its full potential.

Quinton Fortune won 46 caps for South Africa between 1996 and 2005 and played for Manchester United from 1999 until 2006. He is now working as assistant coach to Cardiffâ€™s Under-21 side