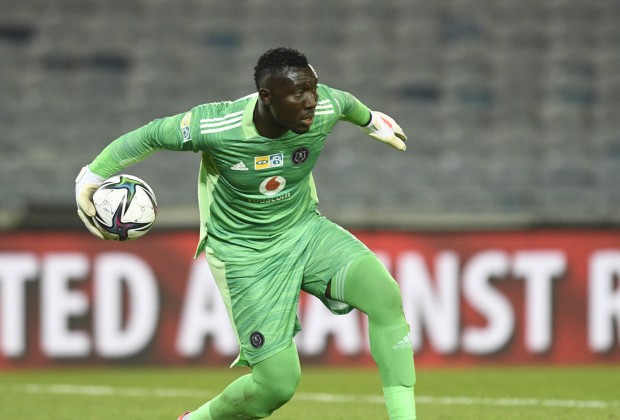 Orlando Pirates goalkeeper Richard Ofori insists he is oblivious to criticism on social media, saying he does not “go on it or read it” amid concerns over his recent performance in World Cup qualifier last week.

The performance of the 27-year-old has come under scrutiny after Ghana's uninspiring 1-0 win over Ethiopia in the opening qualifying match for the 2022 FIFA World Cup qualifiers.

Despite turning up when it mattered most in the game, the South Africa-based goalkeeper Richard Ofori has come in for some harsh criticism at both the club and country level.

He appeared unconvincing with a shaky performance which has been hugely highlighted.

But the Ghana number one says he does not get distracted by criticism on social media.

"In the first place, I don’t read those things though. I don’t go on social media or Twitter to read those things. I haven’t seen something about me before; I haven’t seen something about me before. But definitely we are in a country that expects more from us so wearing this jersey means a lot because the people expects more." Ofori told the media on the eve of the crucial tie against the Bafana Bafana.

Ofori put together 22 appearances, in which he conceded 12 goals and kept 12 clean sheets before struggling with injury towards the end of last season.

Two heavyweights of African football face off at FNB Stadium in Johannesburg on Monday as South Africa host Ghana in a huge World Cup 2022 qualifying clash.

The hosts kicked off stage two of the qualifying process with a 0-0 draw against Zimbabwe, while Ghana beat Ethiopia 1-0 to lead the way in Group G.

South Africa is in Group G along with Ethiopia, Ghana, and Zimbabwe. They have a difficult task ahead of themselves if they want to be eligible for the global spectacle.

Only the Groups A-J winners will be able to progress to the final round for Qatar 2022 qualification.

The five remaining African nations will face off in a two-legged playoff to determine the winner.