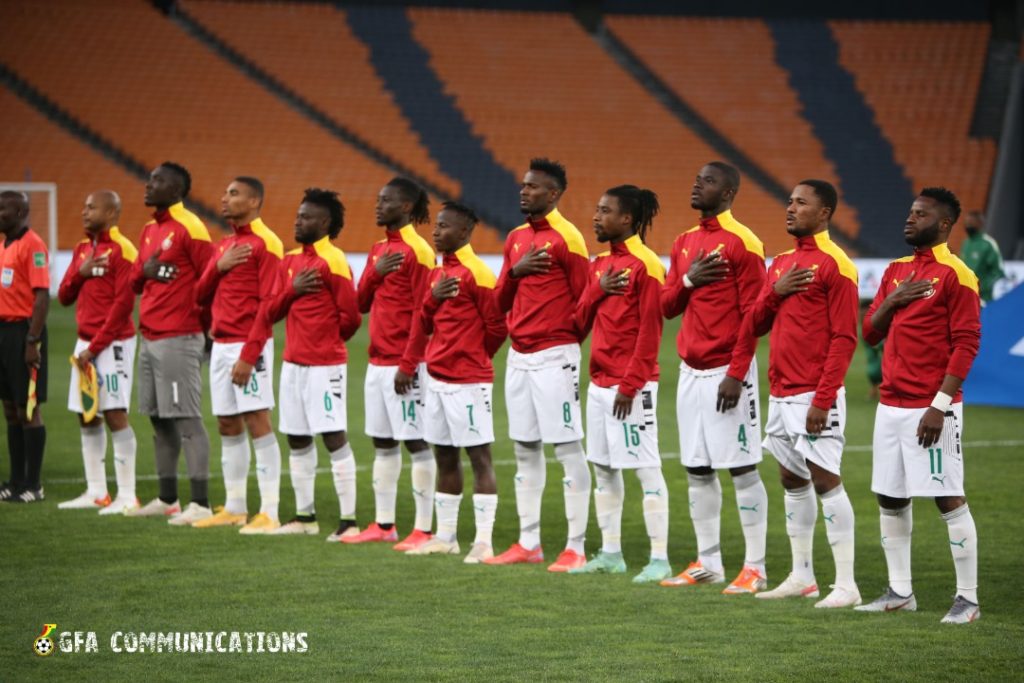 Ghana's  Black Stars suffered it first defeat to South Africa since 2000 as the Bafana Bafana pip them 1-0 in the 2022 World Cup qualifier.

The 1-0 defeat was a flattering result as any other side would’ve thrashed Ghana with the abysmal performance showed by the team today.

The result means South Africa now top Group G with 4 points with Ghana on 3 points after 2 round of games.

The Orlando Pirate goalkeeper finished the game with a clean sheet but he had a horrible day in office.

He didn’t concede not because he was good but because of a dubious referee decision and poor finishing from the South Africans.

One of his errors presented the South Africans with an open goal but the attacker failed to score.

The Hearts of Oaks Captain had a fairly good debut for the senior national team. Though he offered nothing offensively, he was okay defensively.

The left back was confident with his touches movement upfront movement.

The giant center back like his central defensive partner had little to do today.

The midfielder is arguably Ghana Black Stars’ best player in the last 5 years but today wasn’t his day.

His long passes were nuisance to the team as most of them couldn’t find his teammates.

The much criticized midfielder proved his critics right with an abysmal showing in his first competitive start for Ghana.

The usually creative midfielder wasn’t creative today. He was expected to offer creativity in midfield but did little to inspire confidence.

Another player who was expected to be a creative force for the team but failed to do anything positive creativity-wise.

The inverted forward was full of running but lacked purpose all game.

The Captain always delivers for Ghana even in his bad days but today’s game is one to forget.

He was MIA the entire 71 minutes he spent on the pitch.

Came on for Richard Ofori in the 78ty minutes and conceded the only goal of the game.

The winger justified why he started from the bench. He was average at best.

Just like the other subs, he couldn’t change Ghana’s terrible performance when he was subbed on.