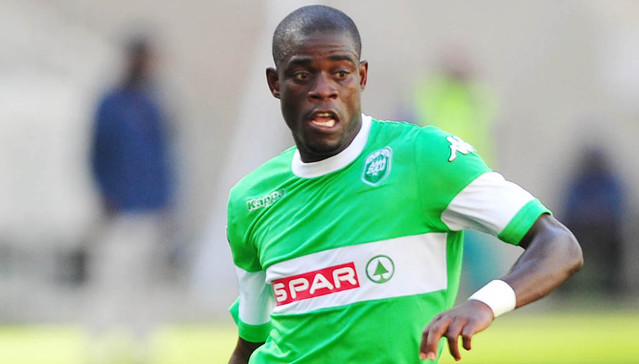 Awal Issah of AmaZulu during the Absa Premiership 2013/14 match between between Ajax Cape Town and AmaZulu at Cape Town Stadium, Cape Town on 1 September 2013 Â©Ryan Wilkisky/BackpagePix

Awal-Issah went AWOL in November and left the club with no option but to axe the player.

The 27-year-old returned to the club in July after an initial 18-month spell five years ago.

He started just two games and coming on as a substitute twice out of 14 matches.

AmaZulu have since signed Nhlanhla Shabalala and Ruzaigh Gamildien to strengthen the midfield.

"Firstly, weâ€™ve released two players in [Mohammed] Awal and [Letladi] Madubanya so we had to replace them and Shabba comes in with a lot of experience and heâ€™s a defensive and holding midfielder," AmaZulu head coach Rosslee told Usuthu's official website.