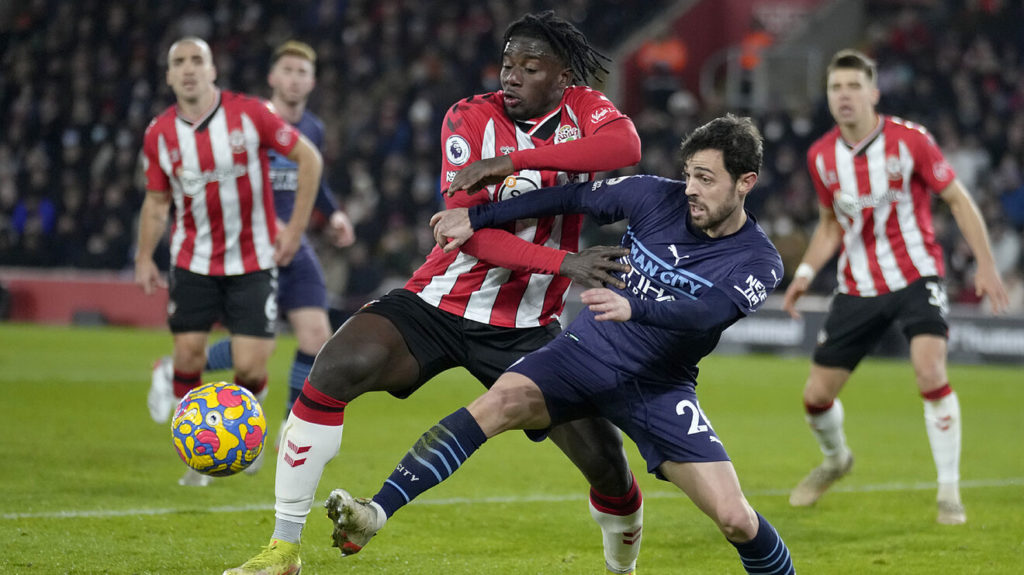 BBC Sport readers voted Salisu as man of the match in the Player Rater as Southampton held on for a hard-earned draw against Manchester City at St Mary's.

The centre-back was in fine form as the Saints denied City a 13th successive Premier League win as the game ended in a 1-1 stalemate.

Salisu was an absolute colossus at the back. This was a magnificent collective effort from Southampton but even so, Salisu stood out by a country mile.

Time and again, the Ghanaian got in the way of a shot, made a vital tackle or booted the ball away to safety. Southampton fans serenaded the centre-back as the game ticked towards its conclusion.

Salisu made a match-leading 13 clearances, seven tackles, five blocks and four interceptions to earn rave reviews from pundits and fans.

His manager Ralph Hasenhuttl was impressed but not surprised by the defender's performance.

"He had a tough season with not being fit but we always told him to take his time. He didn't train with the team for half a year after coming here, this is tough for a player in a new situation, but you get through it."

"We always spoke to him about the long-term project we have with him. We gave him time to be fit for our game and we gave him the time to adapt to our game. Now you are seeing how strong he is and how well developed we have him," he said.