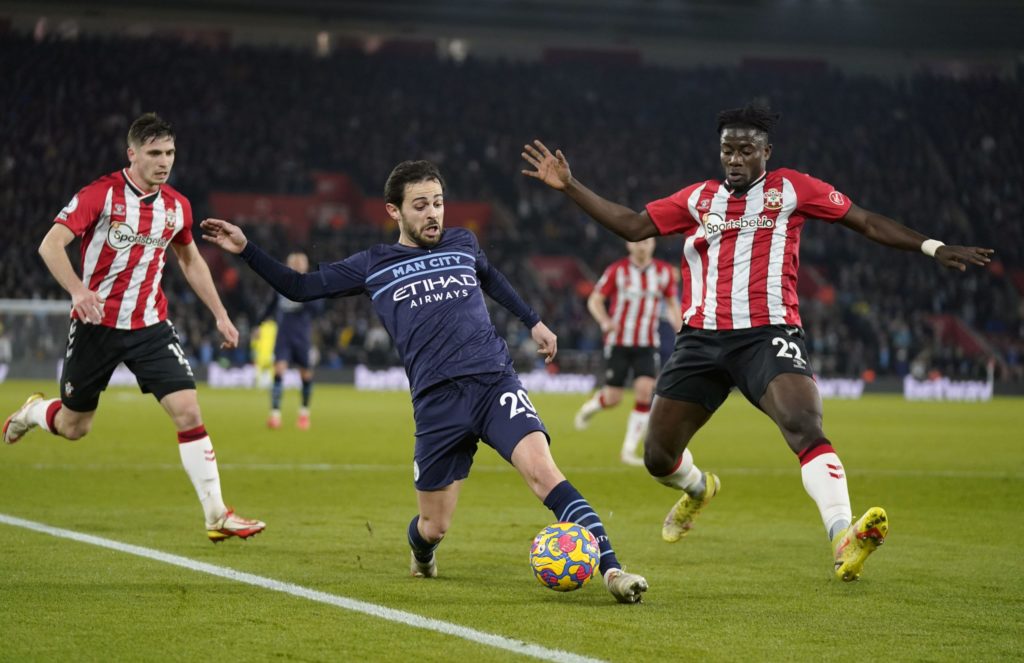 Ghanaian defender, Mohammed Salisu produced one of his best display in a Southampton shirt as the Saints halted Manchester City's 12-game winning run.

The 22-year-old's presence prevented City from snatching a winner as Southampton held the champions at Saint Mary's.

Salisu made the most clearances (14), the most tackles made (7), the most interceptions (4), the most shots blocked (3) and won 9 duels. He also had 4 ball recoveries and 2 aerial duels won.

He becomes the first premier league player this season to make 50 interceptions.

Kyle Walker-Peters opened the scoring after just seven minutes before Aymeric Laporte leveled in the second half for Manchester City.

Salisu has been in devastating form for Southampton this season, making 21 appearances in the English topflight.