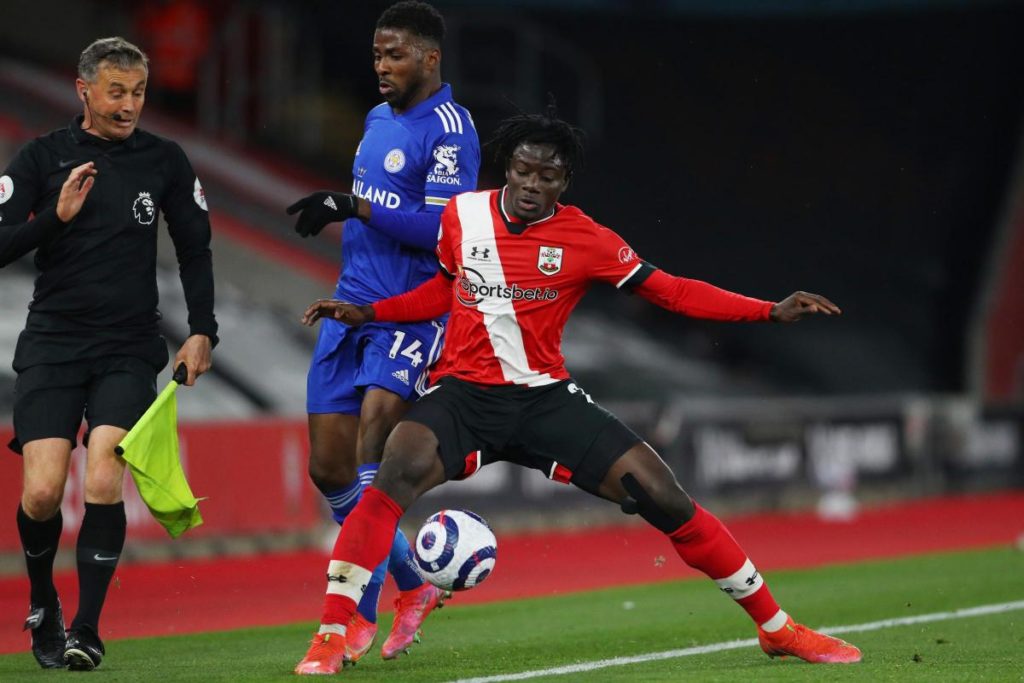 Southampton manager Ralph Hassenhutll has revealed that Ghanaian defender Mohammed Salisu will play a bigger role at the club next season.

The former Real Valladolid player took time to settle at the Saints but has recently shown glimpses of the quality that attracted Southampton to pay 10.9 million pounds to sign him last summer.

Salisu was in top form last week to stop the in-form Kelechi Iheanacho in the 1-1 draw against Leicester and the Austrian manager will be hoping he replicates that against Liverpool on Saturday.

"Absolutely. I must say he has at the moment, like two other guys also, a problem with the Ramadan where they have during the day not a lot of things to eat," said Hassenhutl.

"Then you are thinking is it possible for him to fight 90 minutes hard? But on Friday he showed that he is able to do it. We had the break for drinking (during the game) after the sun goes down and then he was there.

"He was unbelievable, fighting for this team, and congrats to this performance."

Talking about Salisu's future, Hasenhuttl added: "I think against the ball he has big strength.

"With the ball, he can still improve and get better, but I think this is also a part of the game that we are working hard with him on it. Finally, I am sure that for us he will be a big player in the future."