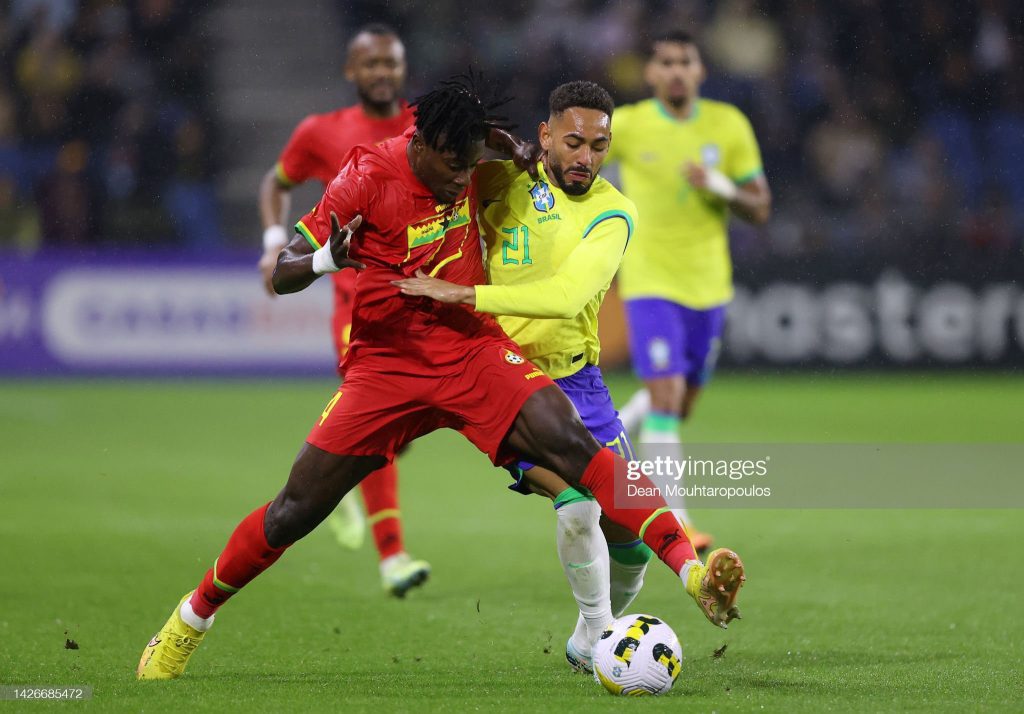 Defender Mohammed Salisu earned his first international cap on Friday, 23 September 2022, when he played in Ghana’s 3-0 defeat to Brazil in a friendly.

The Southampton ace lasted 45 minutes in the exhibition game played in the French city of Le Havre.

Salisu, a stormer in the English Premier League last term, put up a stocky performance as he justifies a starting berth at this year’s FIFA World Cup in Qatar 🇶🇦.

His output excited the handler of the Southampton Twitter account who posted a collage of his debut with the message: ‘Our newest international ★ Mohammed Salisu made his debut for Ghana in tonight's friendly against Brazil 👏’

Mohammed Salisu made his debut for Ghana in tonight's friendly against Brazil 👏 pic.twitter.com/yJ7NhBlKUT

The Seleçao recorded a comfortable 3-0 victory at the Stade Oceane in Le Havre, France with total dominance right from the start.

Ghana's next game is against Nicaragua in Spain and the four-time African champions are expected to win.