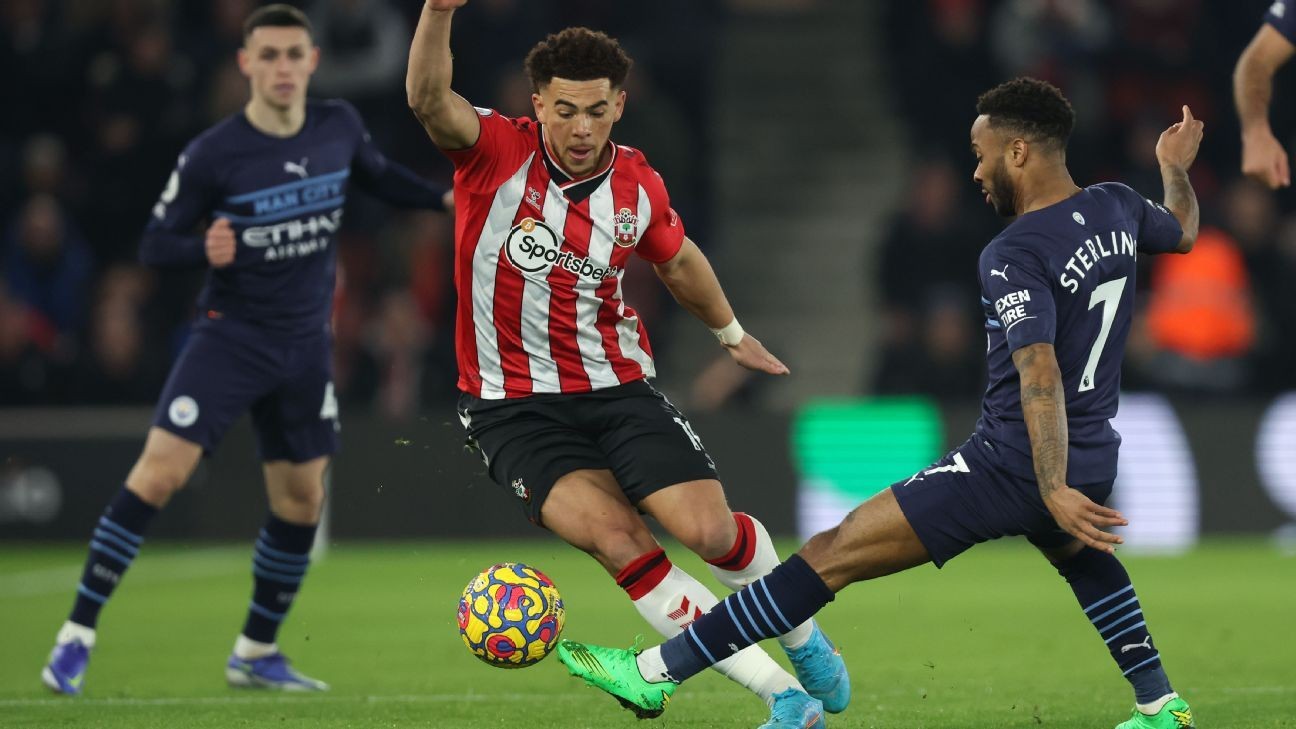 Manchester City still have a strong lead at the top of the table. Getty

Manchester City came from a goal down to secure a surprise 1-1 draw with 12th-place Southampton at St. Mary's on Saturday.

Kyle Walker-Peters wasted no time and scored after just seven minutes. Aymeric Laporte scored on 65 minutes to ensure Pep Guardiola's side walked away with a point.

- Notebook: The inside stories from world football

City's lead at the top of the Premier League table is now 12 points with second place Liverpool playing Crystal Palace on Sunday.

Walker-Peters' early strike was beautifully finished. He took the ball as he entered the box and hit the shot across Ederson and into the top left corner.

The goal was the right-back's first in the Premier League.

"It wasn't a bad finish, was it? I practice as much as I can, and finally I've got my first Premier League goal, and I'm happy," Walker-Peters said after the game.

"I'm almost stretching as I finish. I used the outside of my foot, because that's where the ball bounced, and luckily I hit it sweetly.

You can't describe it. A great feeling, and really nice for it to be at home against the fans. It was against one of the top teams in the world, and I think we competed against them today. I'm really happy to get the goal."

City's goal came from a free-kick awrded to Gabriel Jesus. Kevin De Bruyne takes the free and delivers it into the box where Laporte heads it into the goal.

"I think we played really well and maybe deserved more, but if we don't score more than one it's very difficult," Laporte said after the game.

"They have good players here and the pitch is small, so it is a little bit more difficult."