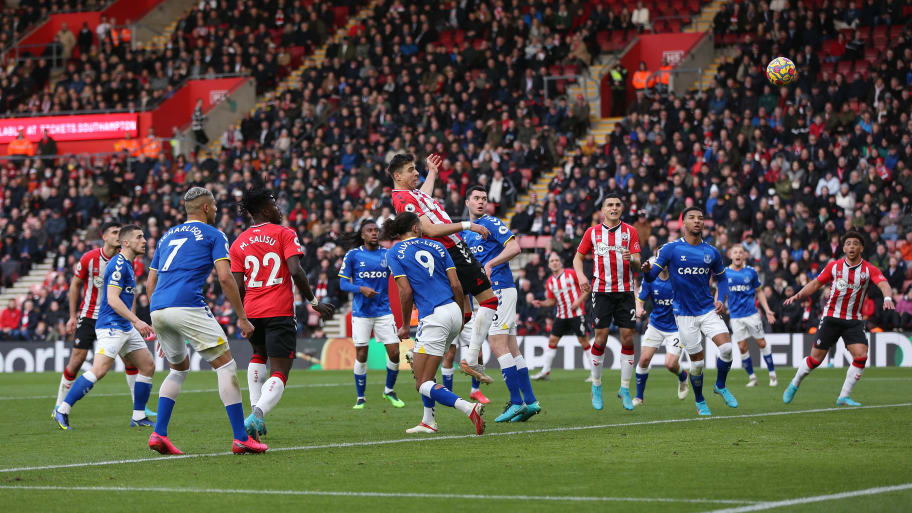 Both clubs have taken seven points from as many matches to open the season but come into the contest in different runs of form.

Southampton have lost three of their past four outings - all by the same 0-1 scoreline. Everton, by contrast, are unbeaten since mid-August, collecting their first win of the season against West Ham United last time out.

Here's everything you need to know ahead of Saturday's meeting.

Where are Southampton vs Everton playing?

Where can you watch Southampton vs Everton in the UK?

Where can you watch Southampton vs Everton in The United States?

Where can you watch Southampton vs Everton in Canada?

Where can you watch Southampton vs Everton Highlights?

Ralph Hasenhuttl is expected to only be missing two senior players for the visit of Everton this weekend. Romeo Lavia (hamstring) isn't set to be back until mid-October, while fellow teenager Tino Livramento (knee) is scheduled for a return in 2023.

Nathan Patterson was forced off on a stretcher during Scotland's victory over Ukraine last week. The enigmatic fullback could be out for as long as five weeks with an ankle injury.

Dominic Calvert-Lewin is a doubt with a tight groin but the biggest question mark hangs over Jordan Pickford. The England international had his reputation bolstered by watching Nick Pope's blunders against Germany on Monday night, but isn't guaranteed to have shaken off his thigh injury by the time the coach sets off for the south coast.

The Saints have been consistently inconsistent this season, in terms of performances and results. About the only thing that Southampton's supporters can bank on is seeing their side fall behind. Hasenhuttl has watched his team concede the opening goal in each of the club's last six Premier League matches.

Everton owe a lot of their parsimonious start - only Brighton have conceded fewer goals this season - to excellent goalkeeping. With Pickford potentially sidelined again this weekend, Everton's rejigged rearguard could be breached by a Saints side used to fighting an uphill battle.

This article was originally published on 90min as Southampton vs Everton: How to watch on TV live stream, team news, lineups & prediction.