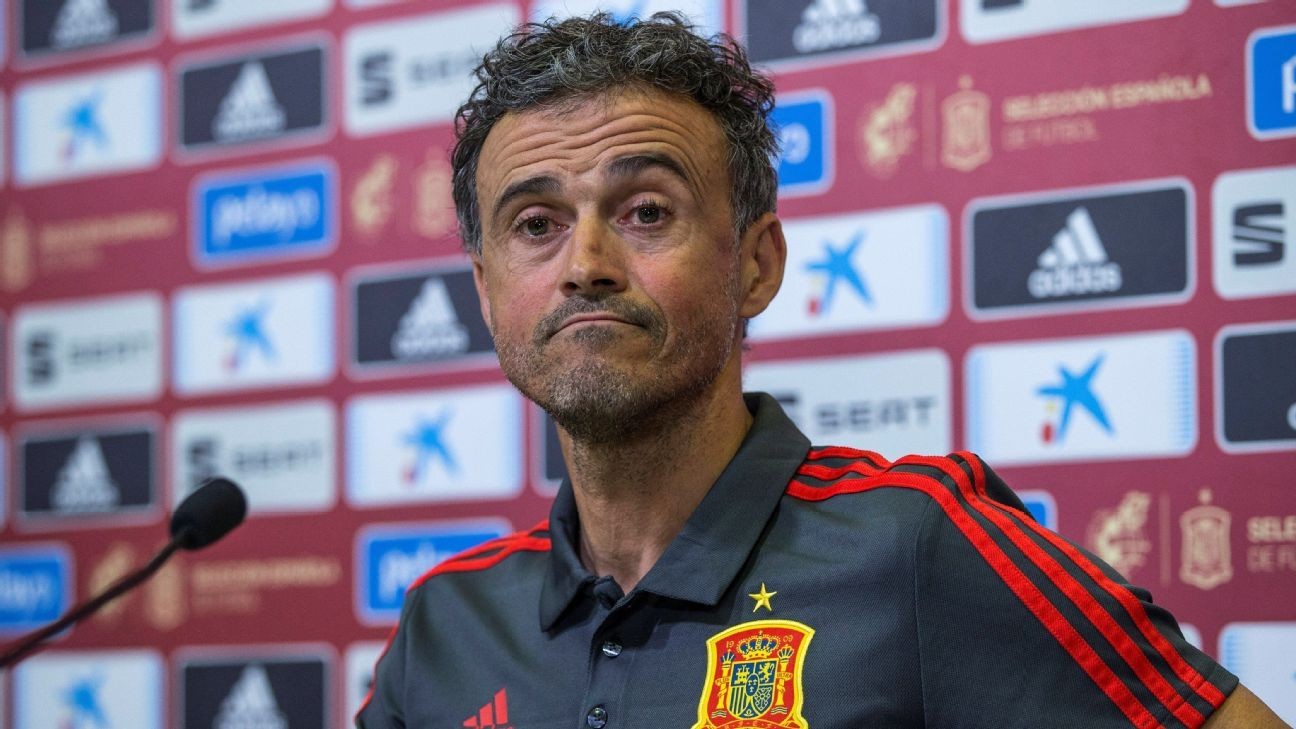 Jan Aage Fjortoft explains why the Bundesliga's return brought relief for other leagues hoping to restart. Gab Marcotti believes clubs should make a deal with TV companies if they cannot afford to refund fans. The Exploding Heads create CGI "fan-amations" in the absence of fans from stadiums. Gab Marcotti is impressed with AGF's approach to have a fan presence at games, by using Zoom.

Spain coach Luis Enrique said football without fans is "sadder than dancing with your sister" but accepts as a player he would have been desperate to get back out on the pitch regardless.

Germany's Bundesliga returned behind closed doors last weekend and Spain's La Liga and England's Premier League are both working on June comebacks following more than two months suspended due to the COVID-19 pandemic.

Multiple sources have told ESPN that La Liga's clubs have been warned to expect matches in Spain, where there have been nearly 28,000 coronavirus deaths registered, to be played behind closed doors until 2021.

"Playing without fans is sadder than dancing with your sister," Luis Enrique said to Colgados del Aro. "I saw some games from Germany at the weekend and it's terrible.

"You can hear everything -- all the insults -- and you lose the intimacy of the better moments. But we have to remember that this is a business that generates a lot of money.

"While it's a long way from playing with fans, I understand it can serve as a way of helping people deal with the lockdown. But football in these circumstances is odd."

In England, several players have voiced their concerns about returning to action too soon. Luis Enrique doesn't share their apprehension.

"As a player, I would have been keen to get back to playing as soon as possible," he added. "I would have had no fear.

"On a personal level, I'm not worried about the virus but I am aware there could be an impact on older people and those susceptible to greater suffering. As a coach, I would like to start up because of everything it means more than because I am keen for it to come back."

Luis Enrique also allayed fears players in Spain could reject going into quarantine to enable the season to resume. Some players have said they do not want to be away from their families but he says "they will accept what is dictated so [a return] is possible."

The former Barcelona coach also questioned basketball legend Michael Jordan's leadership style following a debate which has been sparked by The Last Dance, which focuses on the Chicago Bulls' six NBA championships in the 1990s.

One storyline throughout the documentary centres on Jordan's bullying of his teammates. Former Bull Horace Grant said Jordan's behaviour sometimes crossed the line.

"I would like to be considered [the best] for what it means, but I don't think the ugly side is necessary," Luis Enrique said of Jordan's leadership style. "I have always valued the big stars that I have had as teammates because they have led with affection.

"If I'd had teammates that criticised me, I would have lost confidence, I would have been scared of failing. Jordan would have reached a higher level [of leadership] with his teammates without that role. But for those of my age, Jordan was God. He is still the No.1. I idolised the player; the person doesn't matter to me."