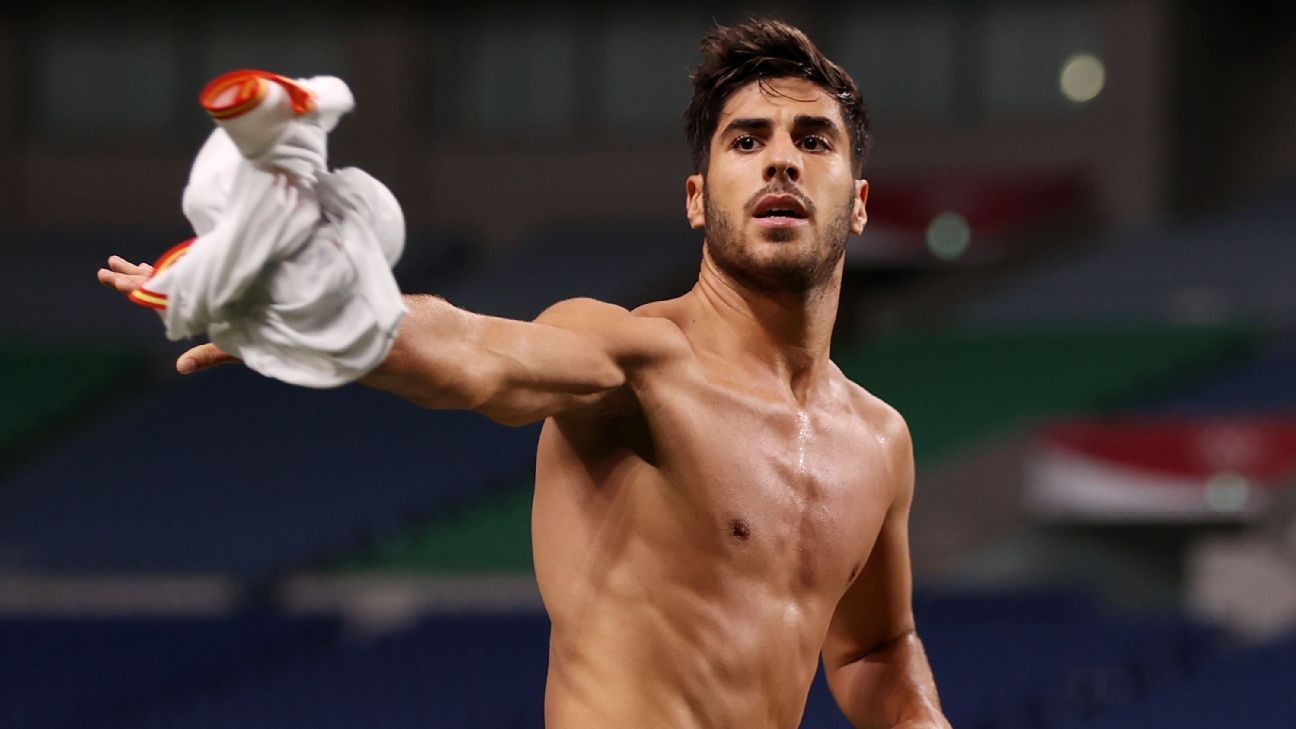 Marco Asensio scored an extra-time winner to give Spain a 1-0 win against Japan at the Miyagi Stadium in Rifu on Tuesday.

Spain, who were on the brink of elimination against Ivory Coast in the quarterfinal before a last-gasp equaliser took the game to extra time and dominated possession but struggled to break a disciplined Japan backline down before Asensio's effort booked them a place in the gold medal match where they will take on Brazil.

Hosts Japan, the only team with a perfect record in the group stage, showed impressive organisation and looked dangerous on the break.

Spain thought they had been awarded a penalty after referee Kevin Ortega pointed to the sport following Maya Yoshida's tackle on Mikel Merino. However, following a VAR review, Ortega overturned his original decision.

Japan's Kubo had a close-range effort stopped by Spain goalkeeper Unai Simon, while Mikel Oyarzabal was guilty of wasting a number of chances at the other end.

Spain will face Brazil, who overcame Mexico in a penalty shootout, in the gold medal match on Saturday at International Stadium in Yokohama.