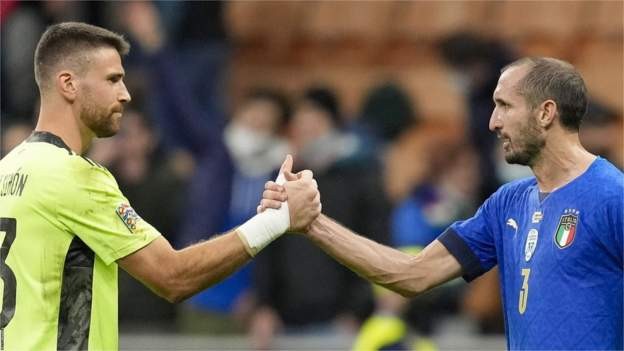 Spain have been drawn against Italy in the Nations League semi-finals, while hosts the Netherlands will face Croatia.

The ties will be played 14-15 June and the third-place play-off and final on Sunday, 18 June, with all matches played in Rotterdam or Enschede.

Spain beat Italy 2-1 in the semi-finals of the 2021 edition of the competition, before losing to France in the final.

The Netherlands were beaten finalists in 2019, hosts Portugal winning 1-0.