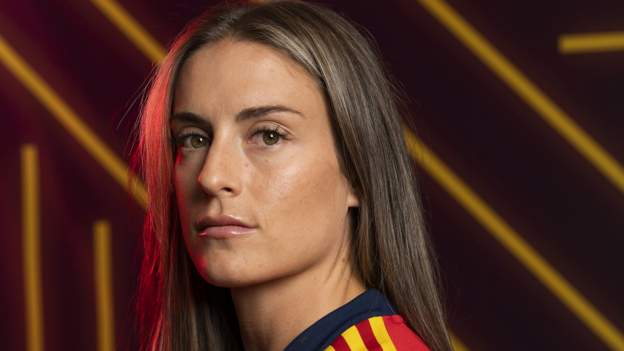 The RFEF claimed 15 players said they would resign from the team unless Vilda was sacked as his tenure was affecting their emotional state and health.

But, in a statement, the players said they were disappointed the RFEF made their "private communication" public.

They added "we understand our job is not in any case to choose" the coach.

However, they say that, while they are committed to the national team, they have asked not to be called up because of "situations that affect our emotional and personal state".

They ask for a "firm commitment to a professional project in which all aspects are taken care of to get the best" from the team.

The statement was put out on social media by 23-year-old Spain defender Ona Batlle, who plays for Manchester United, and midfielder Alexia Putellas, 28.

Barcelona's Putellas, who won the 2021 Ballon d'Or, missed Euro 2022 in the summer because of a serious knee injury.

The RFEF has said it will not call up the 15 and "will only have committed footballers even if they have to play with youth".

It added the players - who were not been named - would only be called up again in the future "if they accept their mistake and ask for forgiveness".

Spain men's team coach called the situation an "abnormal situation" when he spoke about it at a news conference on Friday.