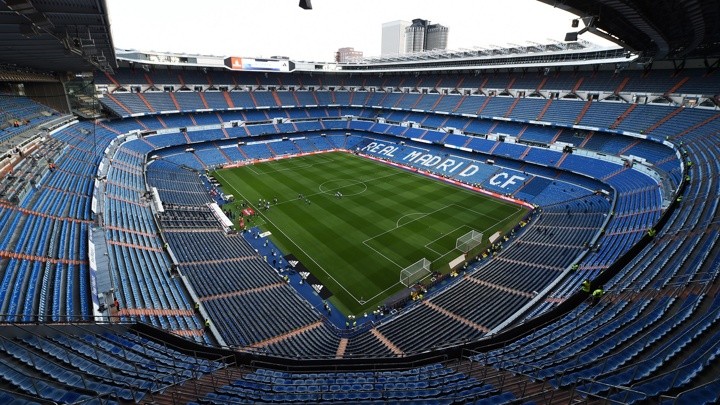 Irene Lozano, the president of Spain's National Sports Council (CSD), insisted it was "impossible" to have fans back in stadiums when La Liga resumes this month.

The La Liga season will restart on June 11 and Miguel Angel Ramirez, the president of Segunda Division club Las Palmas, said supporters would be able to attend his side's home matches beginning that weekend.

However, Lozano said it was impossible to have fans return so soon amid the coronavirus pandemic.

"It is impossible. The integrity of the competition must be respected," she told Cadena SER, via AS, on Tuesday.

"There are many considerations in this regard, but the most essential is sports. Respect the integrity of the competition.

"Since La Liga is a national competition and we have all tried so very hard that the training sessions were matched, I'm a bit surprised that after the effort we have made to match what was out of step, now suddenly in the last 100 metres we come to unbalance."

Barcelona hold a two-point lead over Real Madrid at the top with 11 games left, and the latter will not play at the Santiago Bernabeu when they get back underway.

Lozano, who kept open the possibility of fans attending this season, said LaLiga needed to stay responsible amid Covid-19, which has killed more than 381,000 people worldwide.

"They cannot enter or congregate in the immediate vicinity. And if it happens, who is responsible for that?

"Until all the forecasts are in the same phase of de-escalation, it is impossible for there to be football with the public."

The kick-off times for the opening two rounds of games have also been announced, with the Seville derby between Sevilla and Real Betis the opening match on Thursday, June 11 at 10pm CET.

Leaders Barcelona travel to Real Mallorca in their first game back on Saturday June 13. Second-placed Real Madrid against Eibar and Athletic Bilbao versus Atletico Madrid are among the eye-catching matches on Sunday, June 14.

A full set of midweek matches follow, including Barcelona versus Leganes on Tuesday, June 16 and Real Madrid against Valencia on Thursday, June 18.

One of the standout fixtures remaining in the calendar is Barcelona against Atletico Madrid, which has been scheduled for Wednesday, July 1.