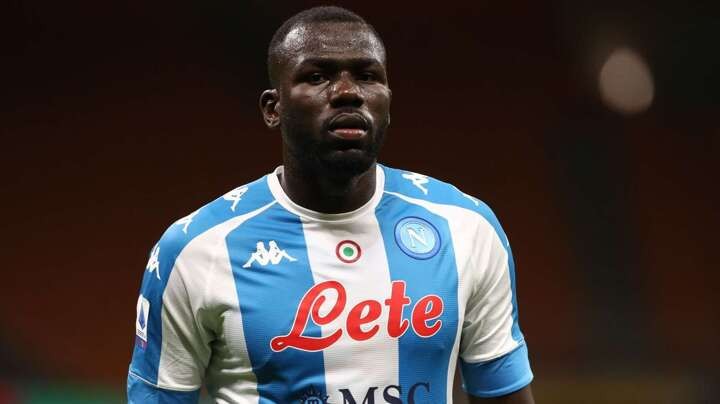 Luciano Spalletti has claimed that he will chain himself to Manchester United-linked centre-back Kalidou Koulibaly in order to keep him at Napoli.

Koulibaly has established himself as one of the top defenders in Europe since joining Napoli from Genk back in 2014.

The 30-year-old has attracted a number of high profile admirers with his performances over the years, including United, who are now reportedly ready to launch a bid for his services, but Spalletti is adamant that the defender will be staying put.

The Napoli boss, who replaced Gennaro Gattuso at Diego Armando Maradona Stadium in May, has insisted that he will go to extreme lengths to make sure Koulibaly doesn't leave this summer.

Koulibaly has been valued in excess of €80 million (£69m/$94m) in the past, but it has been reported that United are ready to try their luck with a €30m (£26m/$35m) offer as clubs in Italy continue to deal with the adverse financial repercussions of the Covid-19 pandemic.

It remains to be seen whether Napoli will accept a cut-price offer for a player that still has two years left to run on his current contract, particularly if they are unable to line up a suitable replacement, but the Red Devils look poised to test their resolve in the coming weeks.

Spalletti was also quizzed on the speculation surrounding Lorenzo Insigne's future, with Napoli currently struggling to tie him down to a contract renewal.

The Italian tactician has revealed that the 30-year-old forward is due to sit down with club president Aurelio De Laurentiis to thrash out terms, and he is confident an agreement will be reached which sees him remain in Naples beyond 2022.

"Lorenzo and the president must first meet. I am convinced that two such strong personalities will find a point to start again together," said Spalletti.

"We are waiting for the meeting and what they will say. The opportunity makes the thief and the transfer market makes the absent-minded player. So we don't have too many speeches.

"There aren't any problems. I'm optimistic."