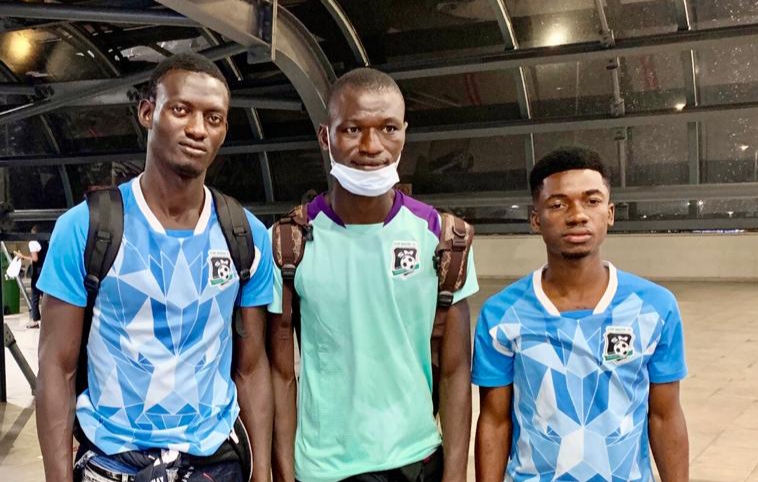 The trio joined the Spanish side on a year loan deal from Madina based Second Division side Star Makers FC with an option to buy.

They become the latest Ghanaian players to join a growing number of youngsters from the West African country to be signed by lower division sides in Spain.

21-year-old striker Awal who is a goal poacher have already been on a six month short stint with Extremadura FC in the Spanish capital of Almendralejo during 2017-18 season same season he got a national U20 call up.

19-year-old lanky highly technical and creative midfielder James is a deep-lying playmaker, due to his vision and passing accuracy on the field of play. He is also a versatile central player who can be used as a defensive and a box-to-box player because of his great vision on the ball.

Predominant 18-year-old left-footed player Addo, has usually been deployed as a left back or left winger with the ability to create chances for teammates with through balls or deliveries into the area from the wings.

“I want to thank Almighty for a successful negotiations with our Spanish counterpart CD Hernan Cortes. I know these young talents will excel with them and push the club to the next level,” Star Makers President and CEO Issah Mohammed Kumai said.

“There are more talks in the pipeline between us and Hernan Cortes and we pray it’s ends on a fruitful negotiation for the next future.

“We believe this trio will improve, mature and develop as a great players through Hernan Cortes. Our prayers and well wishes are with them always.” He added.