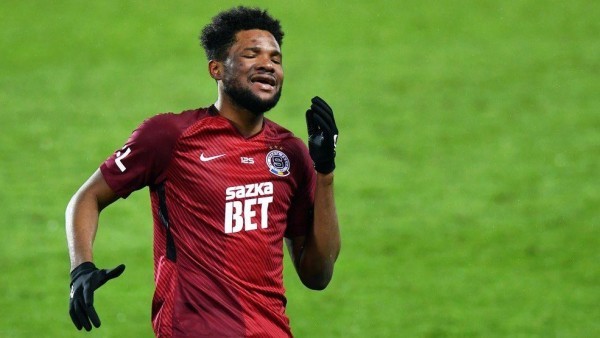 Spartak Prague striker Benjamin Tetteh has had his two-match ban upheld by the Czech Football Association.

The 22-year-old was sent off in the big derby against Slavia Prague after being accused of spitting on Slavia captain Tomas Soucek.

The Appeals Board of the Czech Football Association has turned down a request to have the decision overturned.

Tetteh missed the side's 1-0 defeat at Plzen on Sunday.

The Ghanaian striker has contributed five goals in 10 league appearances this season.