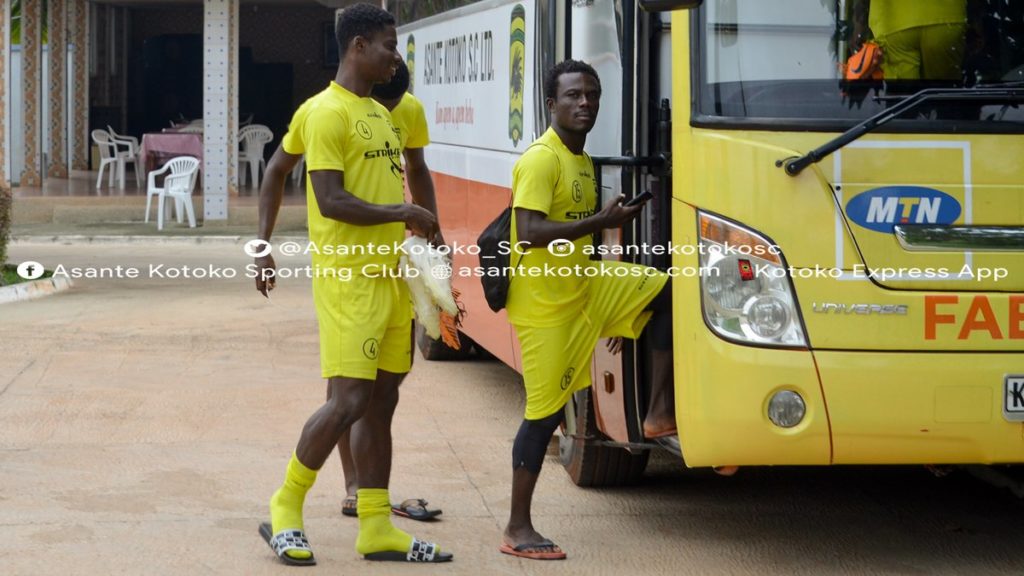 Asante Kotoko have arrived in Mampong for their training camp ahead of the semi final clash against Hearts of Oak in the GFA Special Competition.

The Porcupine Warriors after rescinding their decision to pull out of the tournament are leaving no stone unturned as they face their arch rivals on Sunday.

Kotoko will spend the rest of the week in Mampong before travelling down to Accra for the mouthwatering fixture this weekend.

The winner of the clash goes through to the final with the ultimate champion representing Ghana in the CAF champions league next season.

The make-shift competition has not only provided massive skills and thrills but has also came with some controversy, with this particular fixture nearly cancelled.

Kotoko are also through to the semifinals of the Tier II competition after beating Berekum Chelsea last weekend.

Meanwhile, coach C.K Akonnor will be boosted by the return of key player Abdul Fatwu Safiu, who was dropped from the final squad for AFCON 2019.