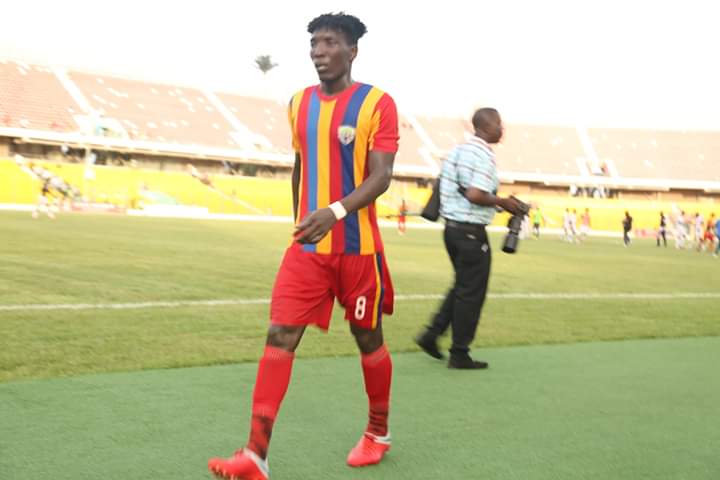 Hearts of Oak's midfielder Benjamin Efutu was adjudged Man of the Match in the Phobians thumping win against Elmina Sharks in Accra on Sunday.

The Rainbow club strolled to a 3-1 victory over the Elmina based club, thanks to goals from Christopher Bonney, Manaf Umar and Fatawu Mohammed.

Sharks had a consolation goal through midfielder George Amonoo.

However, it was Efutu whose impressive performance in the heart of midfield that won the hearts of many fans as well as the technical team.

Efutu was a rock in the middle winning most of the balls, and distributing it perfectly for the Phobians.

His role in the middle eased off the burden on youngster Michelle Sarpong and Manaf Umar.

Hearts ensured they finish the Zone as table toppers with the win and will travel to Dawu with no pressure on them as they await their semifinal opponents.