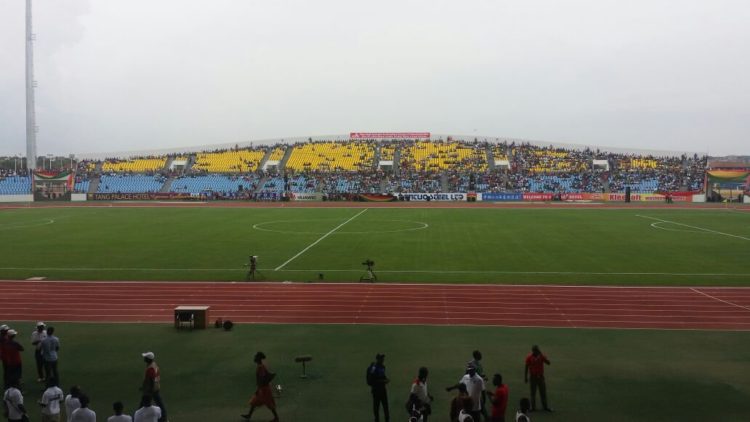 Fans of the Cape Coast based club invaded the Stadium to attack referees and some officials in their 2-1 defeat to Hearts of Oak on Sunday.

The GFA Normalisation Committee responded swiftly by placing a ban preventing them from playing their Match Day 12 game against Dreams FC in Cape Coast.

The NC has ordered the Crabs to play the game at the Carl Reindorf Park.

"Ebusua Dwarfs will play their NC Special Competition Match day 12 against Dreams FC at the Carl Reindorf park in Dansoman.

The comes after the GFA Normalisation Committee placed a temporary ban on Dwarfs from using the Cape Coast Stadium as their home grounds after their Day 11 match against Hearts of Oak.

Supporters of Ebusua Dwarfs exhibited a high level of Unsporting behavior when they allegedly invaded the field of play and prevented the match officials from entering the dressing room at halftime.

At the end of the match, supporters of Ebusua Dwarfs held the match officials hostage for about 35 minutes in the dressing rooms in clear violation of the GFA Regulations.

Meanwhile the Club has been charged by the GFA Prosecutor and could submit a written statement of defense or appear before the Disciplinary Committee on Thursday May 16 at 2:00pm."