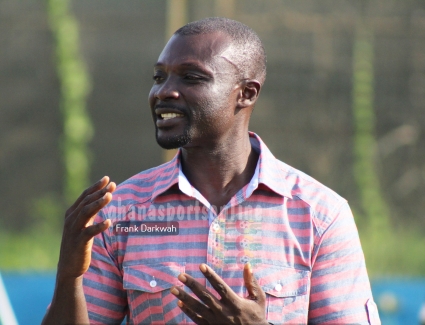 Eleven Wonders coach Enos Adepa is upbeat about their chances against Asante Kotoko ahead of Sunday's Normalisation Committee Special Competition.

The Northern Regional outfit will aim to pick their maiden three points in the competition after losing to AshantiGold and Aduana Stars in the opening two games.

Despite the team's disappointing start to the competition, coach Adepa believes they have what it takes to shoot down the Porcupine Warriors who have failed to impress in their first two matches though they have registered one win.

“Looking at what they did at the Confederation Cup and what they are doing now, we have a chance, though it’s is going to be difficult for us."

“But with hard work and determination, we can beat them.

“We are going to have a very difficult game. But this is football anything can happen,” he noted.

Eleven Wonders have since adopted the Nkoranza Children’s Park as their temporary home grounds following the renovation of their traditional home grounds.