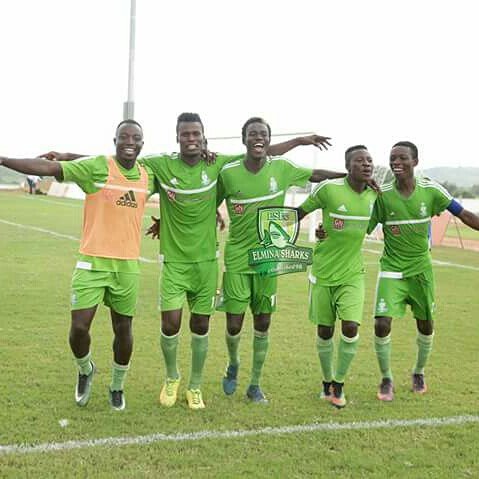 Elmina Sharks maintained their unbeaten record at home as they defeated Karela United by 2-0 in a fiercely contested game at the Nduom Sports Stadium on Sunday in match day six of the Special Competition.

George Amonoo scored the first goal of the game for Elmina Sharks in the opening minutes of the game.

Karela United had a lot of chances to pull back but they failed to make it count.

The first half ended with the results at 1-0 in favor of the home side.

The second half started with a lot more intense from both sides.

Benjamin Tweneboah secured the win for Sharks with the second goal of the day to extend their lead.

Sharks have maintained an 100 percent record at home in the ongoing competition as they are yet to lose at their own backyard.