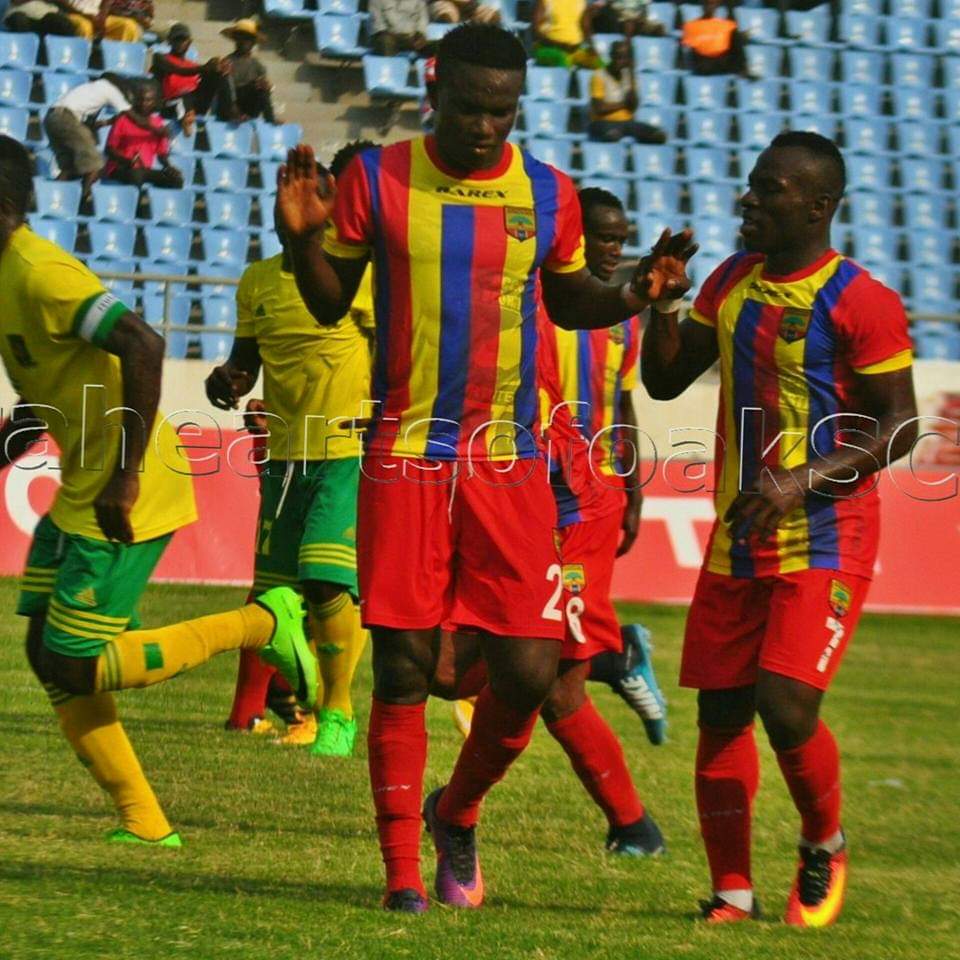 Hearts of Oak defender Christopher Bonney is excited by his side's win over former club Ebusua Dwarfs at the Cape Coast Stadium.

The right-back produced a man of the match performance to help the Phobians secure an important away win in the Special Competition.

Bonney scored from the spot in the first half before providing an assist for the second goal in the second stanza.

"Thank God for my goal and my assists against my former club," he tweeted after the game.

The 26-year old has been a key figure for the Rainbow club since joining from Ebusua Dwarfs last season.

Hearts rallied from a goal down in Cape Coast to beat the Crabs, who had a bright start to the game.

Albert Hammond put the home side in the lead just five minutes into the game before Christopher Bonney leveled from the spot after Joseph Esso was impeded in the box.

Bonney became provider in the second half after his pass from the right evaded the defence of Dwarfs for Manaf Umar to lob over the goalkeeper.

The win keeps Hearts on top of the Zone B.