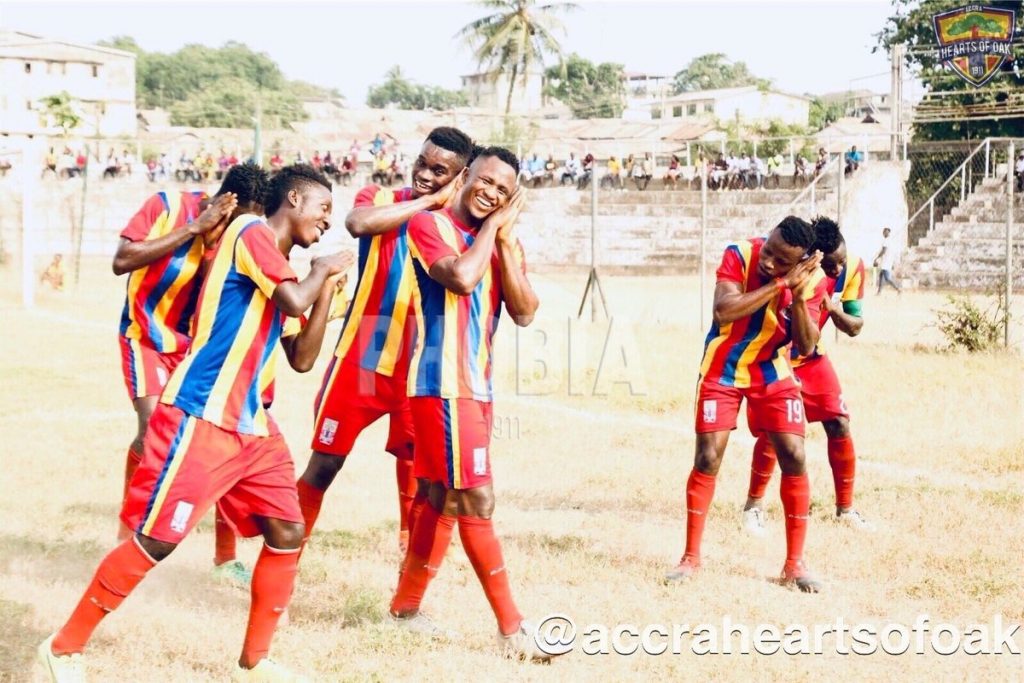 Head coach of Hearts of Oak Kim Grant says he feels no pressure ahead of their next match of the Normalisation Committee's Special Competition against Elmina Sharks.

Former Ghana international was the technical director of Elmina Sharks during the 2017/18 Ghana Premier League campaign.

The 46-year-old tactician left the Cape Coast-based side to join Hearts of Oak last year November after the league was truncated following the Anas Number 12 exposé.

Grant guided the club to pick their first victory in a competitive game following a 1-0 win over Dreams FC in the opening game of the Special Competition at the Accra Sports Stadium on Sunday.

The Phobians will engage Elmina Sharks in the second match of the competition on Wednesday, April 3, and as a former technical director of the club, Grant was quizzed if he feels any pressure on his shoulders.

"It's always nice to go back to your club but for me it's not my old team, it's about Hearts of Oak and how we're going to perform."

"They're my new employees and I have a job to do, and most importantly we approach the game with the same mentality as the Dreams FC game, same preparation and go there and create chances and try to win the match," he told Hearts of Oak YouTube channel.

"Having said, I'm sure Sharks will be prepared but it won't make any difference. We are going to work hard and try to pick six points in two games."

Grant was asked if he is well informed about his opponents ahead of the match, he said, "They've made some few changes, they've brought in some new players but it's about us and how we approach our game."

"I keep telling the boys that it's what we do that counts, I know their quality and definitely it's important that they take on board what we learn. I want them to try and build a winning mentality I want the supporters to be on top of the best and hopefully they're going to troop to the Ndoum Stadium in their numbers to support us."