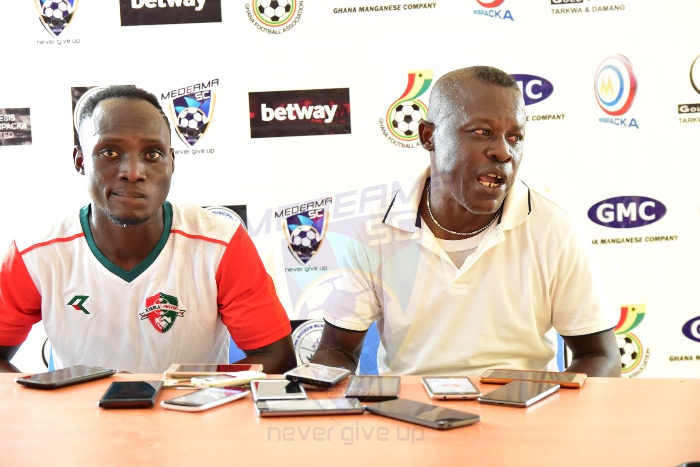 Karela United head coach Johnson Smith says Hearts of Oak were lucky following their 1-0 defeat against the Phobians in the Normalisation Committee's Special Competition on Wednesday.

Following a barren first half, the Phobians proved too strong for their opponents in the second stanza and deservedly won the match courtesy Christopher Bonney's penalty strike.

The win ensured the Rainbow club became the first team to qualify for the final four of the competition.

According to coach Smith, Hearts were favoured with the the penalty call and also touched on the difficult condition that affected his team play.

“Hearts of Oak were lucky. The referee awarded them a dubious penalty,” he said.

“I know my boys were better. I liked the way my boys played, and I don’t think Hearts would contain us in perfect weather. The pitch was slippery,” he added.