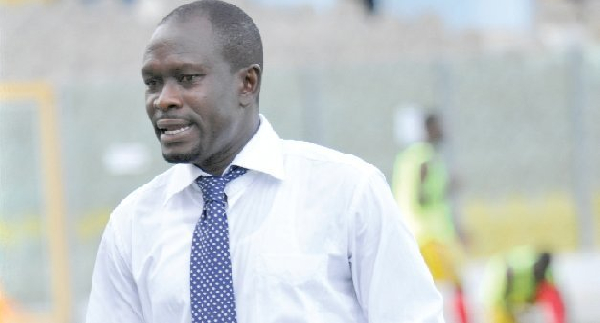 Asante Kotoko coach C.K Akunor has expressed satisfaction on reaching the semifinal of the NC Special Competition after a pulsating draw against Aduana Stars on Thursday.

The Porcupine Warriors secured a 1-1 draw in Dormaa, which leaves them top of group A with 22 points and a semifinal spot.

Despite the draw, Akunnor insists his team needs to improve their play especially after reaching the next stage.

“We need to improve. In the first half we weren't too good, we were not aggressive, we were not compact and we allowed the opponent to at a point in time have the ball for, I don't know how many minutes but I didn't like that,' he said after the game.

"Second half we got better and we possessed the ball very well. Either win or draw and I think we got the draw so am happy," he added.

The former Ghana captain, however stressed on how important it is to qualify to the semis.

“What was important for us was to qualify and I think if you look at the ratings I think we have qualified so I am sort of satisfied” the gaffer said.