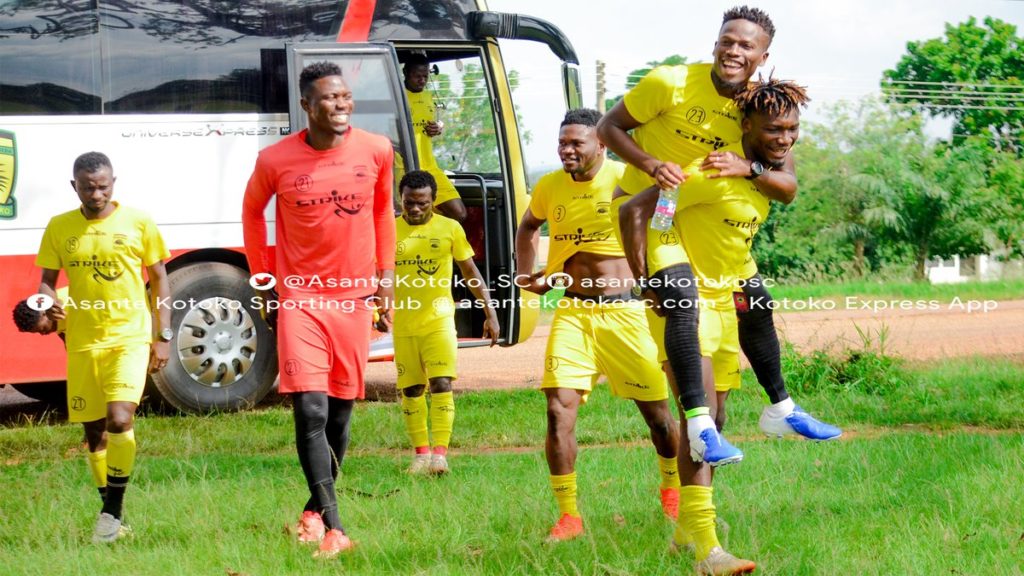 Asante Kotoko forward Abdul Fatawu Safiu has joined the rest of his teammates in camp ahead of the semifinal clash against arch rivals Hearts of Oak in the Tier I Special Competition.

The 24-year old arrived in Ghana on Wednesday after failing to make coach Kwesi Appiah's final 23-man squad for the Africa Cup of Nations in Egypt.

The former Inter Allies forward has been the Porcupine Warriors livewire in the competition, netting 8 goals in 11 appearances for the club.

His arrival is a massive boost for the Reds, who are yet to confirm the fitness of his strike partner Sogne Yacouba.

Fatawu will train with the team at their current camp in Mampong before they travel to Accra for the epic encounter on Sunday.

The winner of the game progresses to the finals with the ultimate champion set to represent Ghana at the CAF Champions League.

Kotoko are also in the semifinals of the Tier II competition after beating Nkoranza Warriors last weekend.

They face Ashantigold in a mouthwatering regional derby.