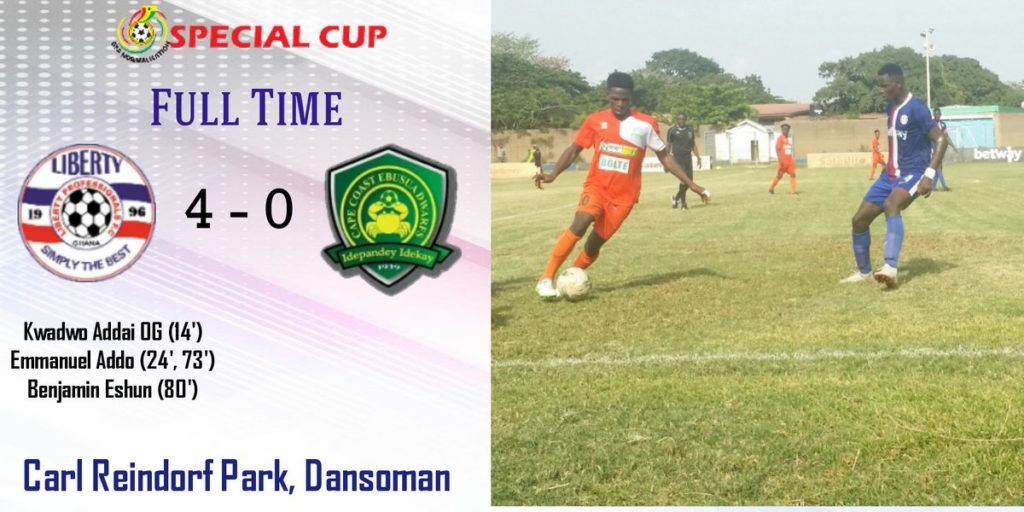 Liberty Professionals recovered from their 3-1 loss to WAFA SC in the match day one as they comfortably beat Ebusua Dwarfs by 4-0 on Wednesday in Dansoman.

The Scientific Soccer Lads made few changes in their starting lineup with Ghana U23 midfielder Simon Zibo making a return to captain his side.

The hosts got an early lead after Kwadwo Addae puts the ball into his own net at the Carl Reindorf Park following an excellent effort by Emmanuel Addo Rou.

Addo Rou increased the advantage for Liberty Professionals in the 22nd minute after connecting a pass from Elvis Kyei Baffour.

The visitors got their case worsened as goalkeeper Razak Issah was sent off following a foul on Baffour few minutes away from halftime.

In the 73rd minute, Addo Rou got his second of the afternoon to increase the tally for the home side.

Benjamin Eshun got the fourth goal for the Scientific Soccer Lads after coming on as a substitute seven minutes later.