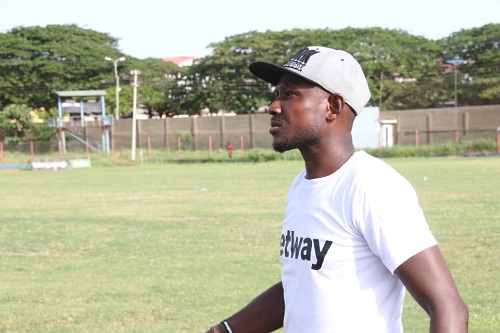 Liberty Professionals coach Reginald Asante has lauded his players for being technically and tactically apt in their victory over Inter Allies.

The Scientific Soccer Lads stunned the struggling Inter Allies at their own backyard after beating the Tema based side 2-0.

“Technically and Tactically our boys were ahead of Inter Allies. But it was a good game especially playing on the Astro Turf.

“For most of our boys, it was a first time experience but we came here purposely to win because the competition is getting to its latter stages and every body is giving his best”, the young trainer added.

“The operation was to win our last three games and we are on course”, he said.

“Our next game is against Dwarfs away from home and with the way our boys have been tactivally discipline, we have a chance”, Asante concluded.

The Capelli boys dominated the game until Liberty scored in the 12th minute through George Ansong who finished from a close-range finish after Inter Allies failed to clear Elvis Kyei Baffour’s free kick.

Inter Allies had the chance to equalize but Samuel Armah failed to head in a nice cross from David Tetteh in the 16th minute.

Francis Owusu increased the tally for the Dansoman based club in the 25th minute with another brilliant finish after Inter Allies failed to clear an Ansah cross from a corner kick.

Inter Allies had a chance to pull one back before the half time but Ganiwu came off his line to save the situation for Liberty.