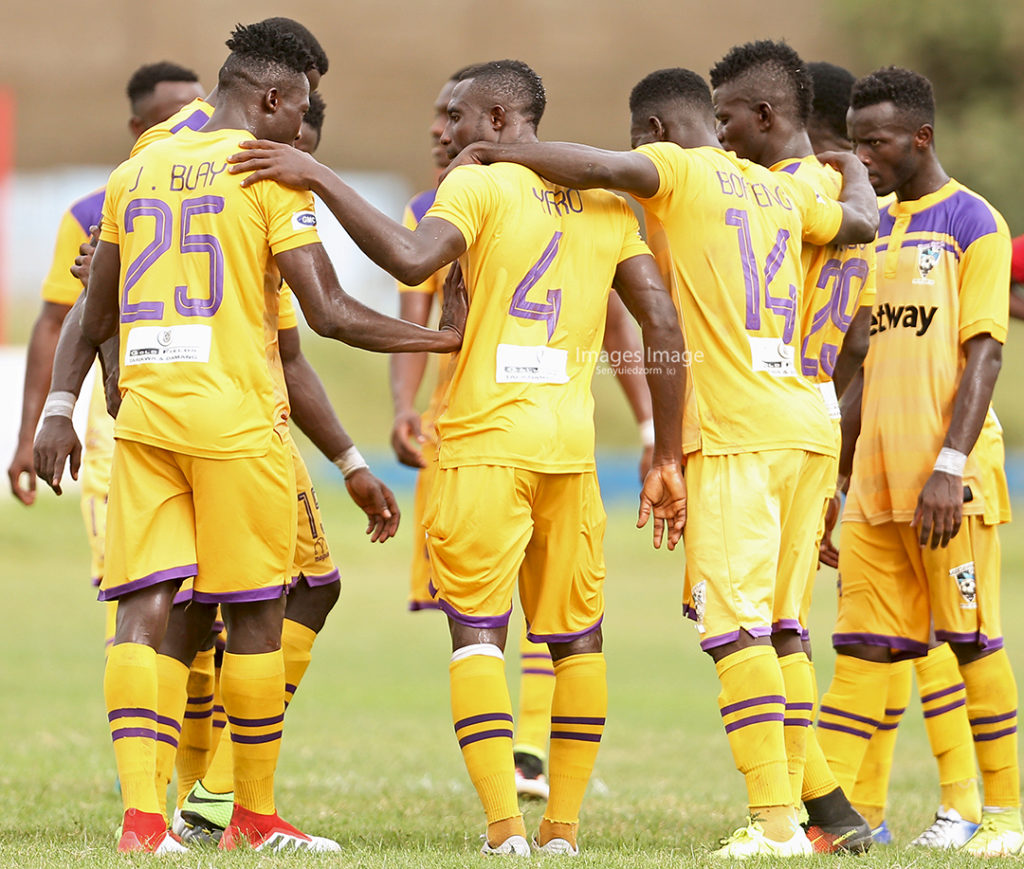 Medeama SC came from behind to beat Berekum Chelsea 2-1 to go top of the Northern Zone in the Special Competition on Wednesday at the Len Clay stadium in Obuasi.

The Blues had to honour the outstanding home fixture in Obuasi since they have been banned from using the Golden City park.

The Blues made two changes in the starting lineup which drew 0-0 with Asante Kotoko SC on the weekend.

The Mauve and Yellows also made two alterations to their set up with Yussif Musah replacing suspended Ali Issouf Ouattara.

Kwame Boateng also made way for Tahiru Awudu who returned from suspension.

The hosts opened the scoring in 28th minute through youngster Oblitey Commey as he intelligently put the ball past goalkeeper Yaw Ansah Fufro.

In the 36th minute, Awudu pulled parity for the visiting team after heading home a corner by Isaac Agyenim Boateng.

Medeama SC came close to getting their second but goalkeeper Gideon Ahenkorah's spectacular double save prevented it.

Ivorian import Toussaint Dedy Kalibo chipped the ball over the goalkeeper to put the Mauve and Yellows in front in the 43rd minute after receiving a pass from compatriot Camara N'guessan.

On the stroke of halftime, goalkeeper Ahenkorah produced another great save to prevent the visitors from increasing their tally following an excellent effort by Kalibo.

Medeama SC will make a trip to Nkoranza to face Eleven Wonders FC on Sunday whilst Ashanti Gold SC host Berekum Chelsea at the same venue.