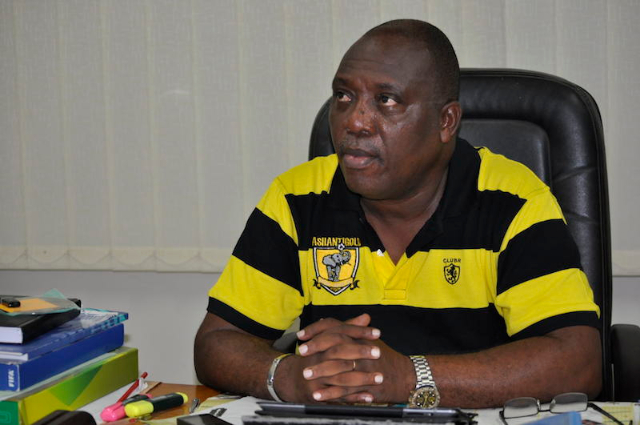 Organisers of the GFA Special Competition are considering change in kick off times following the harsh weather conditions in recent weeks.

Member of the organising committee of the competition, Kudjoe Fianoo revealed they are looking at moving kick off times from the regular 3pm time.

The decision comes after Hearts of Oak coach Kim Grant complained the weather was too hot for football and that has taken a toll on his players.

"...the heat; it was very hot today and I think it slowed the tempo. We might have to appeal to the GFA to look at the starting (kickoff) time because the heat is a lot,'' Grant told GTV after their 1-0 defeat to Elmina Sharks on Wednesday.

Kudjoe Fianoo believes the call from the Hearts gaffer was right, and his team will look at the situation critically and make changes to the kick off times.

"I will take it up in our next meeting if we can shift some of our matches ti 3:30pm because if we spectators are complaining ,then what of those on the field running for 90minutes.

"Medically and Scientifically,its something we should look at, if even we have to speak to the meteorological services so we know the weather projections should we change kick off times because visibility is also another issue we should consider."