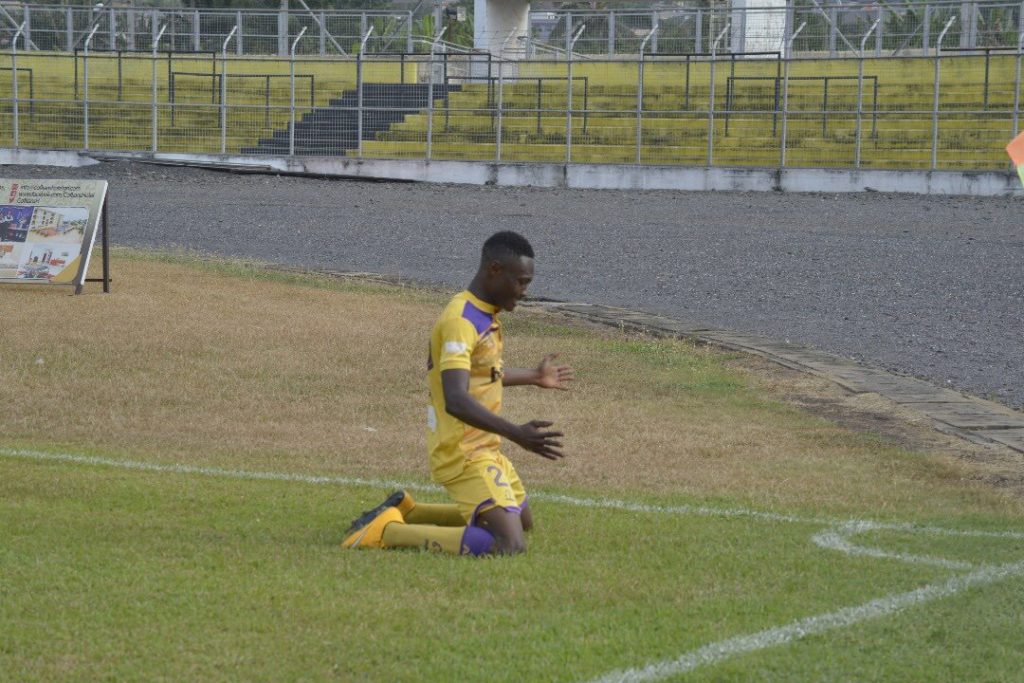 Medeama SC midfielder Tahiru Awudu scored on his return from suspension to help his side secure all three points in their outstanding game against Berekum Chelsea at the Len Clay Sports Stadium on Wednesday.

The Mauve and Yellow defeated the Blues by 2-1 to win the game which puts them on top of Zone A.

Berekum Chelsea scored first through Oblitey Commey in the 28th minute of the first half.

Medeama got the equalizer through Tahiru Awudu in the 36th minute.

Dede Kalibo put Medeama in the lead after carefully chipping the ball past the goalkeeper in the 43rd minute.

The Mauve and Yellow were able to hold onto their lead throughout the second half to secure the victory.

Medeama go top of Zone A after this win with 16 points.