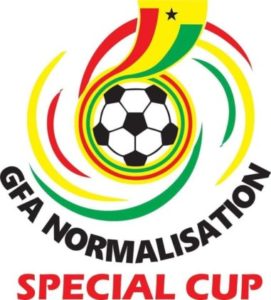 The draw for the Tier II Special Competition was held on Sunday with Hearts of Oak hosting Uncle T stars and Asante Kotoko facing Real Tamale United in a tricky tie.

The pairings were made according to Zones to avoid the huge costs involved in travelling to match centers.

The Tier II competition represents the FA Cup, and will be played in a knockout format.

The ultimate winner represent Ghana at the CAF Confederations Cup next season.

Meanwhile, the winner of the Tier one competition is yet to be determined after Hearts, Kotoko, Karela and Ashantigold reached the semis.

The winner of the Tier I competition also represents Ghana at the CAF Champions League.

Below are the fixtures: