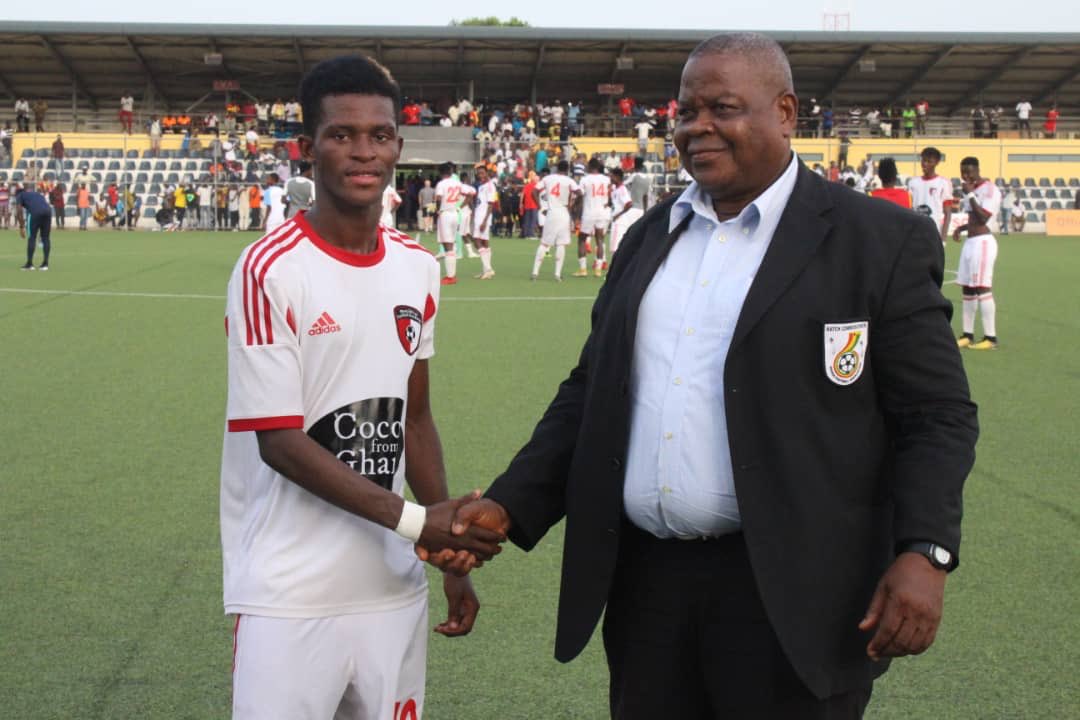 WAFA midfielder Jamal Haruna was adjudged the best player on the pitch in their win over Hearts of Oak on Sunday in the GFA Special Competition.

The sensational midfielder opened the scoring for the Academy Boys in the 3-2 victory over the Phobians at the Red Bull Arena in Sogakope.

Jamal Haruna was a menace for the Phobians and was the most fouled player on the day.

The youngster was put through on goal by a perfectly weighted pass from Daniel Lomotey and the midfielder dribbled the on-rushing Richmond Ayi.

Haruna connected into the roof from an acute angle with his weaker right foot.

On the hour mark, Hearts captain Fatawu Mohammed led by example after scooping over goalkeeper Sabi Acquah to snatch a brilliant equalizer.

After the break, Hearts of Oak looked better and dominant but could not create clear scoring opportunities.

Lomotey intercepted a pass from centre back Benjamin Agyare to Christopher Bonney. He scurried with the ball to set up a 1v1 with Ayi but the striker drilled it into the bottom corner.

Then the third goal to restore WAFA's two-goal cushion came on the 58th minute mark.