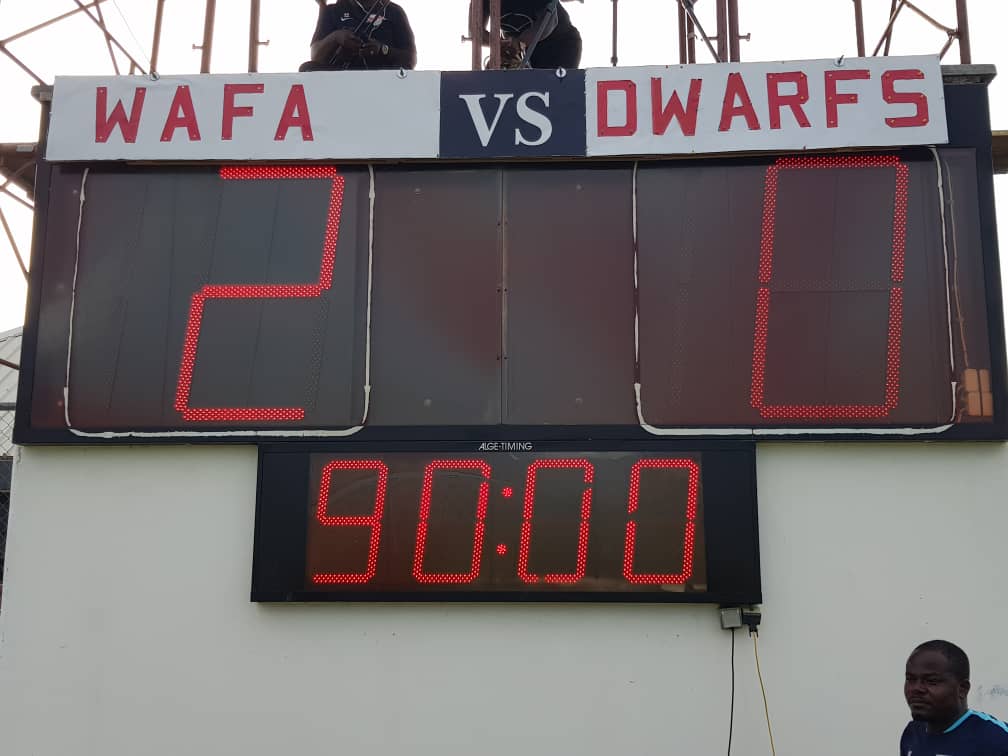 WAFA SC returned to the summit of the table with a 2-0 win over Ebusua Dwarfs on Sunday.

After a barren first half, the Academy Boys put up a stirred up second half performance to seal the win.

Prosper Ahiabu scored first in the 51st minute to break the deadlock.

Just after the hour mark, striker Timothee Koffi Koudo climbed off the bench to add the second.