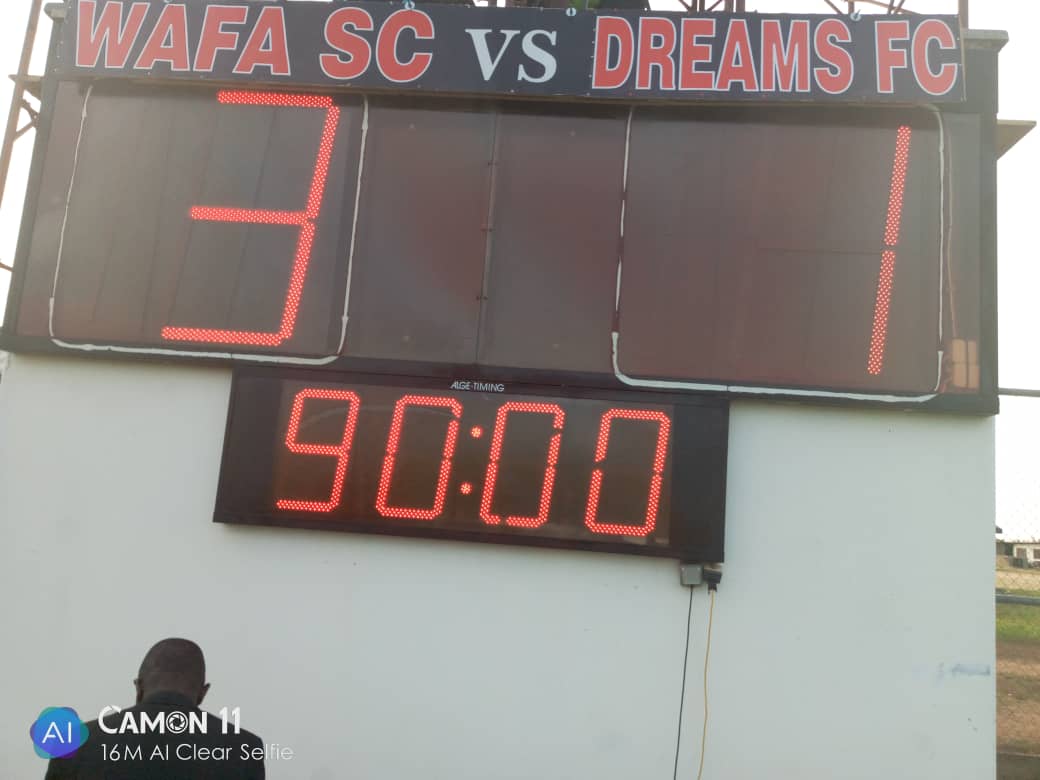 WAFA SC bounced back after the massacre to Hearts of Oak to secure a comfortable 3-1 win over Dreams FC in Sogakope on Wednesday afternoon.

The Academy Boys went on an image redemption mission after the 4-0 drubbing at the Accra Sports Stadium and they were hugely successful.

Head coach Patrick Liewig made five changes to the starting line up and on their comfortable artificial pitch, they made it count.

Talented midfielder Jamal Haruna was at his best again and bagged two goals in the back-to-life win.

After that, Dreams FC were forced to replace Amoako who picked up an injury.

Two minutes into the second half, Augustine Boakye scored the goal.

WAFA kept on pushing-though not impeccably-and when Youssoufou Atte whipped in a cross from the right and Eric Asamany missed missed his bicycle-kick connection, the ball dropped to Haruna who poked home for the third.

In stoppage time, Ibrahim Issah pulled one back after firing from inside the box.