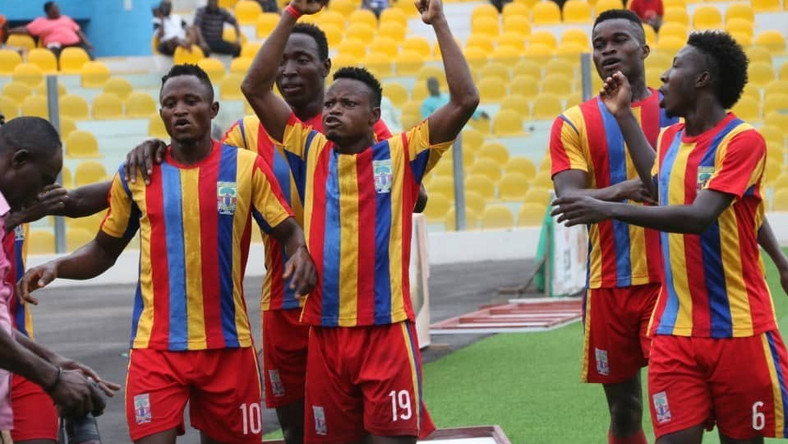 Hearts of Oak became the first club to book a place in the semi-finals of the Ghana Football Association Special Cup.

The Phobians defeated Karela United by 1-0 on match day 12 to stretch their lead on the table.

Christopher Bonney’s goal of the day ensured Hearts booked a place in the semi-finals. The Phobians have taken four points lead on the table as they have accrued 25 points with second place Karela United on 21 points in Group B.

The game played on Wednesday lived to the hype as it was contested between the two clubs as the battled for the top spot.

Hearts will host Elmina Sharks on match day 13 and play away to Dreams FC in their final game of the competition.

Elsewhere, Asante Kotoko returned to winning ways as they picked a vital win against Eleven Wonders on match day 12 at the Baba Yara Sports Stadium.

Abdul Ganiu only goal of the game secured the win for the Porcupine Warriors who were frustrated on the day by a determined Wonders side.

It was a vital win for the Porcupine Warriors in their quest to qualify to the semi-finals of the competition. The win puts Kotoko second on the league log with 18 points. Kotoko cannot afford to drop points in their next two games as AshantiGold are on the chase with 17 points in third position while Medeama occupies top spot with 19 points.

Asante Kotoko have games against Medeama and Aduana Stars which will define their campaign should they seek to qualify out of the group.

At the Red Bull Arena in Sogakope, Elmina Sharks defeated West Africa Football Academy by 1-0 to end their unbeaten run at home in this competition. George Amonoo scored the only goal of the game for Sharks.

The win squares Elmina Sharks and WAFA on 18 points after this result.