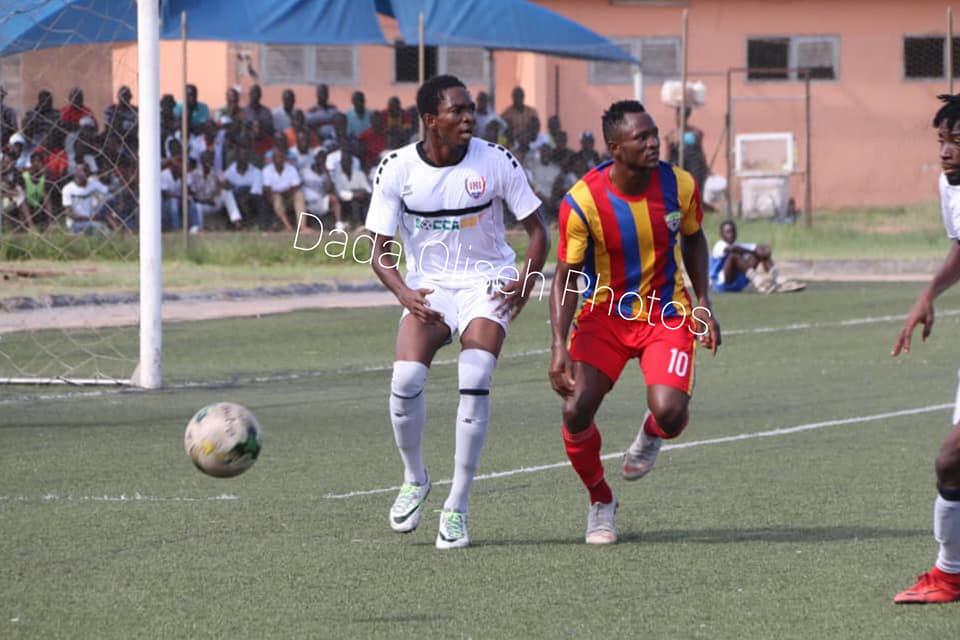 Hearts of Oak recorded their second win over Inter Allies in match day eight of the Special Competition at the Tema Sports Stadium.

The Phobians had defeated Inter Allies by 2-0 on match day seven at the Accra Sports Stadium.

Hearts have started the second round on a good note securing another three points as they chase the top spot in Group B. Joseph Esso and Kofi Kordzi secured the win for the Phobians who have no accrued 15 points after match day eight.

Elsewhere, Asante Kotoko were able to hold Berekum Chelsea to a draw at the Golden City Park.

The Porcupine Warriors were hoping to make it two straight wins against Blues, who they beat 2-0 in Kumasi in midweek.

Asante Kotoko despite this draw are still on top of the table with 13 points.

On the otherhand it looked like a warzone at the Golden City Park as they were reports of crowd violence which led to some fans and a management member of Asante Kotoko assaulted.

According to reports, Asante Kotoko Policy Analyst Amo Sarpong is said to have fired gunshots after some fans of the home team attacked them.

Two people have been hospitalized after the incident. This comes in the wake of crowd disturbances in the country as Nana Agyeman Badu Stadium was just recently banned by the Football Association.

At the Nduom Sports Stadium, Elmina Sharks recorded their heaviest win of the competition as they thrashed Dreams FC by 5-1. Dreams FC had to play with 10-men after they were down by a man in the first half.