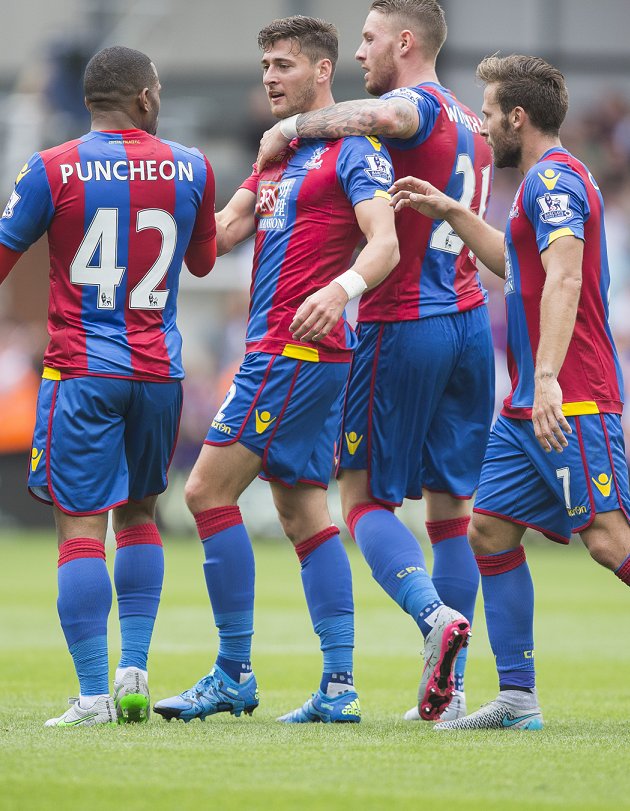 Crystal Palace loanee Sullay Kaikai is full of confidence at the moment.

The 21-year-old winger netted a brace in Shrewsbury Town's 2-2 draw with Bury on Saturday, taking his tally to four goals in as many appearances since returning to New Meadow for his second loan spell this season.

Kaikai opened his account against Bury in quality fashion. Collecting Kyle Vassell's wary pass, Kaikai danced his way into the box before releasing a curling effort into the top right corner in the 16th minute.

Bury equalized through ex-Stoke City midfielder Tom Soares but it wasn't to stay that way for long. Three minutes later, up popped that man again, Kaikai, to put Town back into the lead.

This time the Palace youth product cut onto his left after his diagonal run was picked out by Shaun Whalley, sold a dummy and slotted a delightful curled chip with his left to restore Shrewsbury's lead.

Bury equalized again after 65 minutes through Peter Clarke and the score remained at 2-2 until the final whistle.

“I thought Sullay's goals were fantastic and it was great for everyone in the stadium to see what he's good at. He practices all the time so he deserved the goals today," he said.

Now unbeaten in eight games, Kaikai's goals are undoubtedly attributing to Town's fight to stave off relegation and the Englishman is content with his contribution.

“The team has got more confidence and when we're attacking, we're more of a threat. The front four have a really good understanding, so that's the difference between this time and last time," he offered.

"I came back here to enjoy my football and contribute to the team and help us stay up – that's the important goal.

“So as long as my goals are contributing to the team, I'm happy with that. It was quite attacking (on Saturday) and it nearly paid off – it was just a bit unfortunate we couldn't hang on to the lead."

Kaikai's efforts also saw him land a place in the Football League Team of the Week.

CONGRATULATIONS: To @SullayKaikai who has been named in the @football_league's Team of the Week! #Saloppic.twitter.com/1O4DMrxgDQ
— Shrewsbury Town FC (@shrewsweb) March 21, 2016

Watch Kaikai's goals along with all the highlights below: