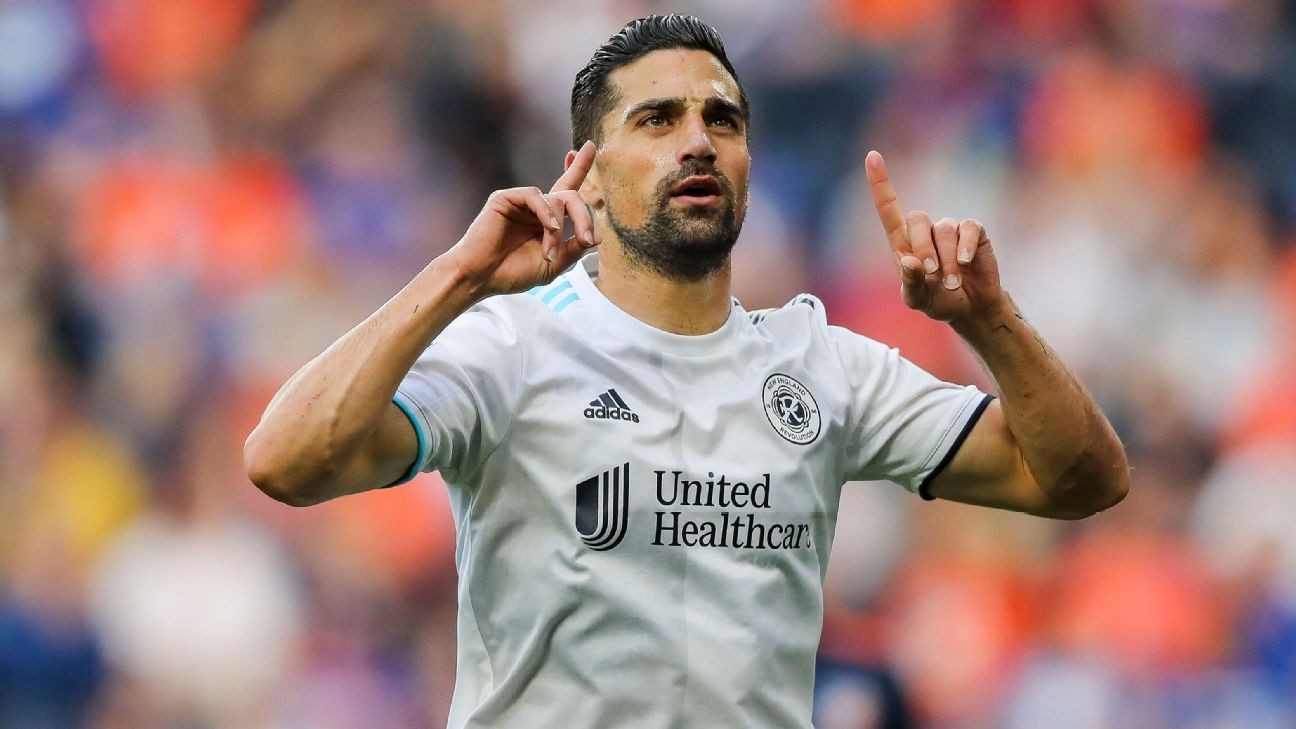 Tommy McNamara scored in the 89th minute to lift the visiting New England Revolution to a 3-2 victory over FC Cincinnati on Saturday night.

Adam Buksa added his team-leading seventh goal of the season and Sebastian Lletget also scored in the first away victory for New England (4-5-3, 15 points).

Brandon Bye assisted on all three goals for the Revolution, bringing his season total to four while helping his team stretch their unbeaten streak to four.

Alvaro Barreal added his first goal for Cincinnati, which saw a four-match win streak snapped. Luciano Acosta added assists on both goals to bring his team-leading total to five.

Cincy goalkeeper Roman Celentano could do little on exceptional finishes from Lletget and Buksa, but probably should've stopped McNamara's winner.

McNamara took the ball inside the right side of the penalty box from Bye and looped a shot on goal through traffic. The ball seemed well within reach of Celentano, but he failed to make contact with his waived arm as it sailed into the net.

Sebastian Lletget reacts after his spectacular goal to open the scoring for the New England Revolution at FC Cincinnati. Katie Stratman-USA TODAY Sports

Lletget started the scoring in the 17th minute on an attack that began with DeJuan Jones rattling the right post with a long-range effort.

The ball remained in bounds and eventually fell to Bye, who crossed it back in from the right. Lletget leaped and met it with a one-time, scissor-kick finish that left Celentano with little chance.

This time Bye chested down a pass wide from Carles Gil, took on Cincy defender John Nelson and then crossed to the near corner of the six-yard box a bit behind Buksa. But the Polish striker used his trailing right leg to send a one-touch, back-heel finish past Celentano.

Cincy tied it again in the 58th on an excellent attack down the right. Acosta evaded a defender and then found Dominique Badji to his right with a pass. Badji beat Jones to the byline and then dragged a low cross through the penalty area.

Barreal met it at the far side of the box and hammered in a first-touch finish beyond Revs goalkeeper Matt Turner.