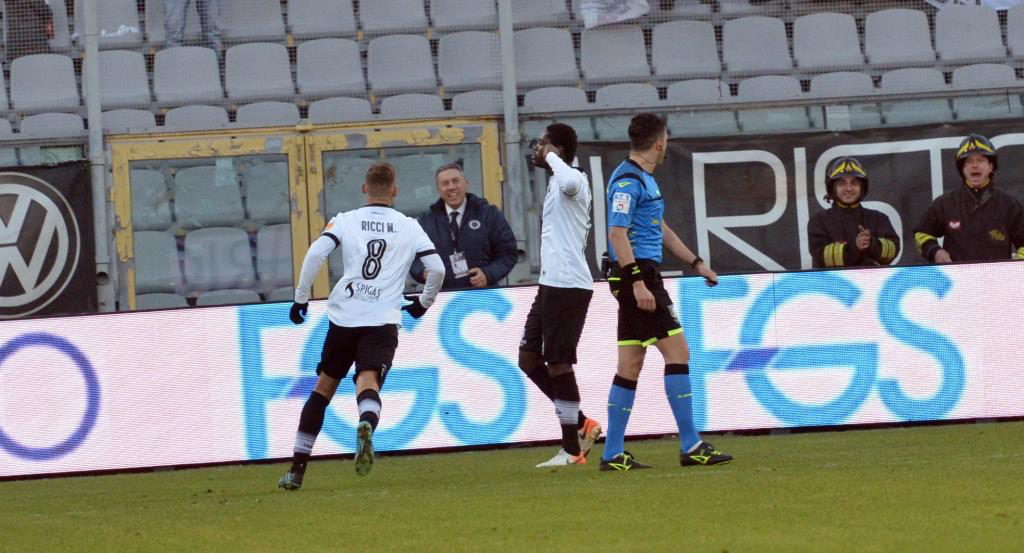 Ghanaian forward Emmanuel Gyasi has expressed his excitement after netting late for Spezia Calcio in the win against Salernitana on Sunday.

Gyasi’s goal in the 73rd minute proved to be the winner for Spezia against Salernitana.

Antonio Ragusa put the hosts ahead after just five minutes on the clock when he connected to Guilio Maggiore’s low cross before a consolation from Lamin Jallow was enough to end the match 2-1 in favour of Spezia.

Speaking to the club’s official mouthpiece after the match, Gyasi hailed the goal he scored but says the three points is more important.

“Glad to have found the way back to goal and that this goal was worth three fundamental points; strong and united group in which everyone marches in the same direction"

The goal against Salernitana was Gyasi’s first in the campaign in 15 matches.

He has one assist to his credit.