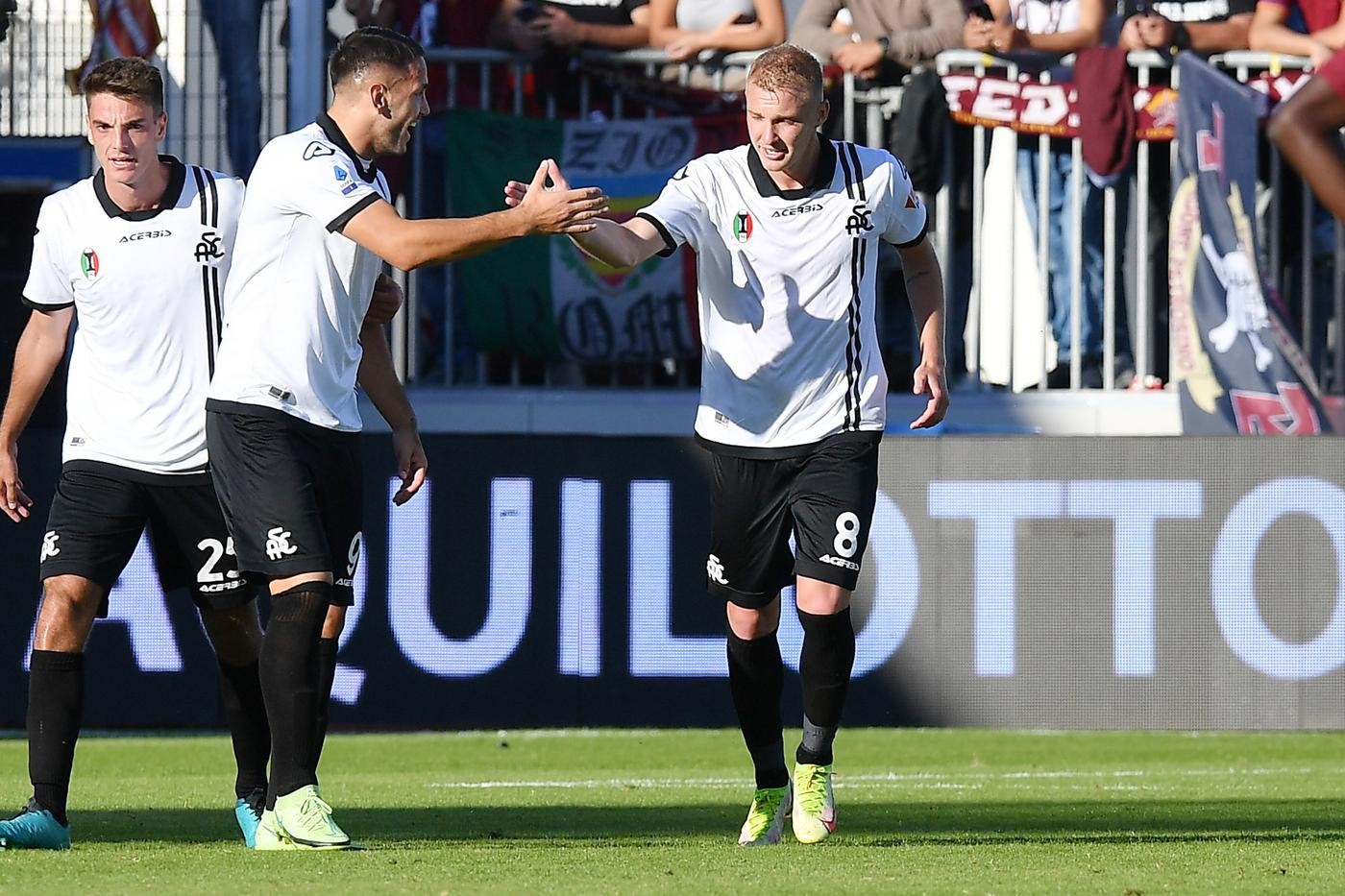 One of the key players in the Eagles' salvation last season returns to the white jersey.

A return strongly desired by both sides. Viktor Kovalenko is again a Spezia player and arrives from Atalanta Bergamasca Calcio on a temporary basis with a buy-back obligation in case of salvation.
The Ukrainian national, born in '96, was among the great protagonists of the second salvation in Serie A, with 26 appearances, 1 goal and 4 assists, and was able to enthuse the Eagles' public, showing technical qualities and game vision of the highest level.
An attacking midfielder or midfielder, dynamic and good at insertion, Kovalenko grew up in Shakhtar Donetsk, where he dragged the Under-19 side all the way to the Youth League final against Chelsea. Attached to the first team as soon as he was 19, he was able to impose himself from his first games, toralizing in six seasons an impressive 199 appearances in the orange shirt, including 28 in the Champions League, with a total of 32 goals scored.
Kovalenko is now ready to put his value at the service of the Eagles again for the 2022/2023 season and will wear jersey number 24.