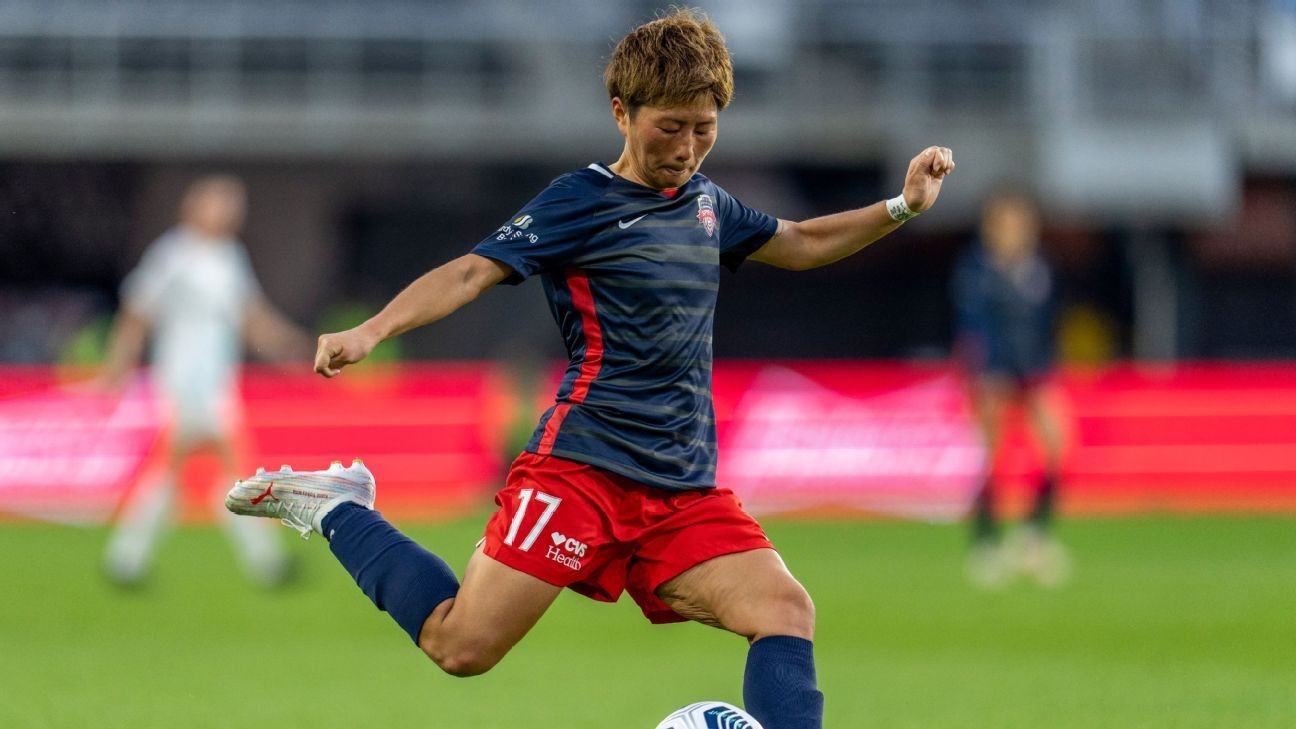 Washington Spirit and Japan forward Kumi Yokoyama came out as a transgender man in a video posted to Yuki Nagasato's YouTube channel on Sunday.

Yokoyama said they were encouraged to tell their story after living in the United States and Germany.

The 28-year-old, who played for Japan in the 2019 World Cup, said they had undergone top surgery when they were 20 and added they would have further surgeries when they retired from playing.

"I've dated several women over the years but I had to stay closeted in Japan," Yokoyama, who uses they/them pronouns, said in the 18-minute interview. "In Japan I'd always be asked if I had a boyfriend, but here [in the United States] I'm asked if I have a boyfriend or girlfriend.

"When my girlfriend said there was no reason for me to stay closeted, it really hit me. Coming out wasn't something I was enthusiastic about, but if I think about my life going forward, it would be harder to live closeted so I found the courage to come out."

They said that seeing Canada and OL Reign midfielder Quinn tell their story and wear a "Protect Trans Kids" t-shirt before a game also encouraged them to speak out.

"[Quinn] wore a [sweatshirt] that said 'Protect Trans Kids' before a game, and I realised that it what taking action looks like," Yokoyama said. "To be able to accept people you have no relationship with, that's the kind of person I would like to become and I hope we can create that society."

We support and are so proud of you Kumi💙🏳️‍⚧️Thank you for showing the world it's ok to embrace who you are! https://t.co/Gi7btIAT7l

"I don't think there's ever a right moment to do something like this," Quinn wrote. "I understood that there was going to be backlash. It's taken me awhile, having a trans identity, to be able to deal with the amount of backlash that I receive in my daily life. To see the microaggressions and the signals and messages.

"Whether it's going to the washroom and being approached or yelled at, or whatever else, it's taken some time for me to grow a shell of being able to handle it. I've wanted to speak out for a long time and be a voice and use my platform, but at the same time I did have some fear of what that potential backlash would do and how big a toll it would be for me."

Yokoyama plays in the National Women's Soccer League and the Spirit tweeted their support for them.

"We support and are so proud of you Kumi," they said. "Thank you for showing the world it's ok to embrace who you are!"