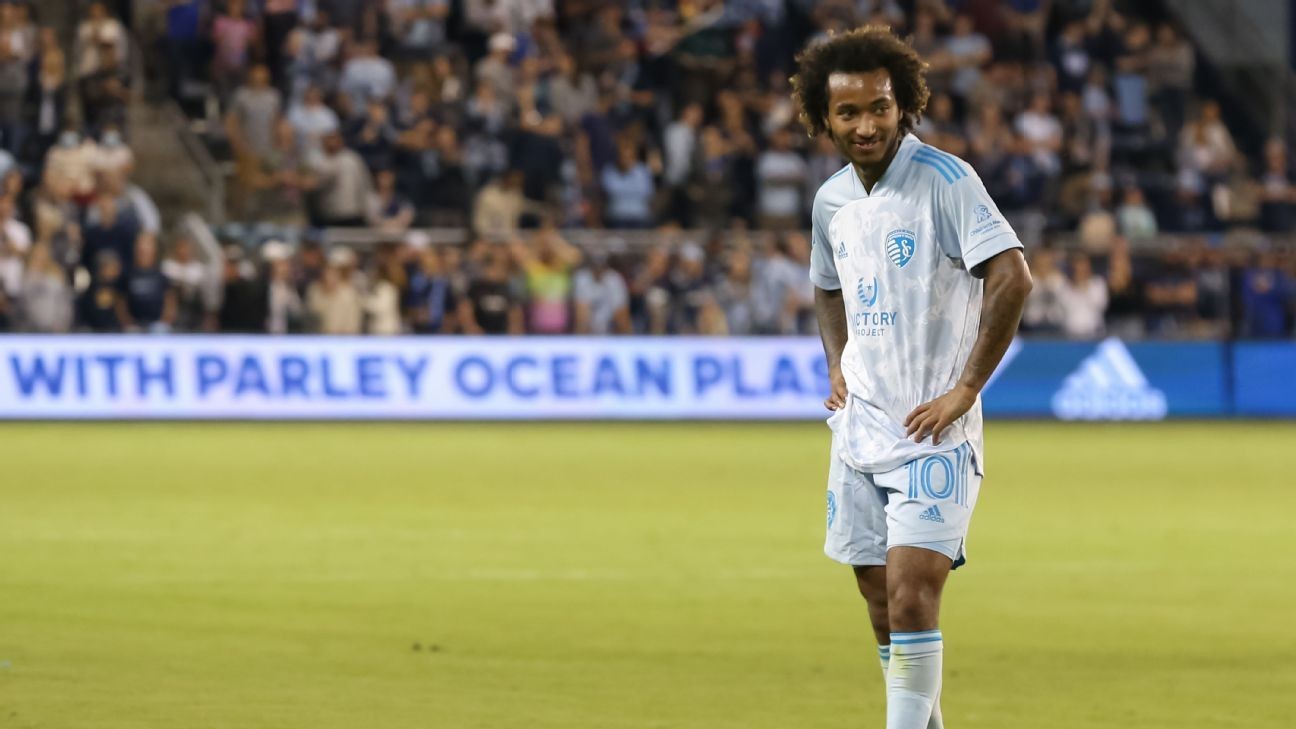 Serie A side Venezia FC have agreed a deal with Sporting Kansas City to sign midfielder Gianluca Busio pending a medical and the agreement of personal terms, the MLS club confirmed on Thursday.

Venezia have also been linked with U.S. defender Erik Palmer-Brown, who would join on loan from Manchester City.

The Venice-based club is also led by American ownership, with Duncan Niederauer acquiring control in 2020 and serves as the club president. The upcoming campaign will be Venezia's first in the Italian top flight since the 2001-02 season.

Busio, 19, holds Italian citizenship through his father, which would allow him to qualify as a domestic player in Italy and had increased interest from Serie A teams.

Busio has been with the USMNT this summer as part of Gregg Berhalter's squad at the CONCACAF Gold Cup, making his senior debut against Haiti in group-stage play. He is the second-youngest American ever to make a Gold Cup roster.

NEWS: #SportingKC transfers @gbusio13 to Serie A side @VeneziaFC_EN in club-record deal.

A U.S. youth international at the under-15, U17 and U20 levels, Busio signed a Homegrown contract with SKC in August of 2017. He was the youngest player since Freddy Adu to sign a MLS contract, at 15 years, 2 months and 28 days.

He has been a steady presence in the Kansas City lineup since the start of the 2019 campaign. He's shown versatility as well, playing as a deep-lying midfielder, attacking midfielder and forward.

Venezia prevailed in dramatic fashion over Cittadella in the Serie A promotion playoff in May when Riccardo Bocalon scored the winner with his side down to nine players following two red cards.