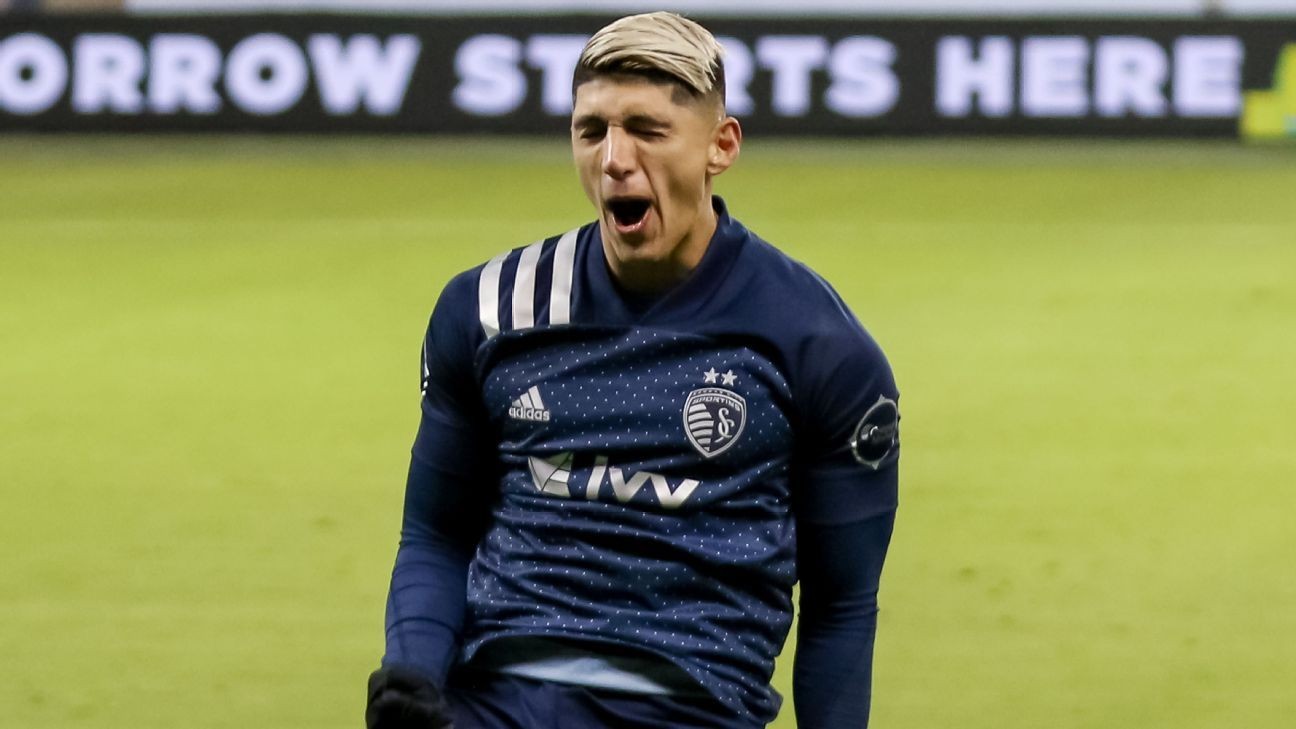 The 29-year-old former Chivas striker has impressed so far in MLS, scoring six goals and contributing four assists in 11 regular season games, and working his way back into the Mexico national team, while Sporting KC currently sits top of the Western Conference.

"It makes me laugh. Everything I have achieved has been minimized in Mexico and it makes me laugh," said Pulido in a video conference. "The things that I have done, if another player did them, they'd be praised more."

"If any other Mexican did what I am achieving, it would have another impact," he stressed. "I'm saying it a bit as a joke, it's not personal or anything, I keep working on the goals that I've outlined for myself."

Pulido won Liga MX titles with both Tigres and Chivas and came into MLS after winning the Liga MX's top goalscorer award for the 2019 Apertura season, but isn't sure if the cause of his perceived lack of praise in Mexico has its roots in him taking former club Tigres to the Court of Arbitration for Sport (CAS) over a contract dispute in 2014.

"I wonder the same thing. Why? I can't answer," stated Pulido. "I say I don't know because a lot has happened since Tigres, I was champion with Chivas, different things passed and honestly I'm keeping on the path I am going down."

Pulido traveled to the Netherlands with El Tri earlier this month in his first call up under Gerardo "Tata" Martino, but was forced to miss four MLS games as the regular season continued and he quarantined on return. The player hasn't had contact with Martino since the trip and in case he is called in for Mexico's friendlies against South Korea and Japan in Austria, Pulido said he would have to talk it over with Sporting KC, with the MLS playoffs coming up right after the international window.

Sporting KC and Pulido play away at FC Cincinnati on Wednesday, before closing out the regular season with games against Minnesota United FC and Real Salt Lake.