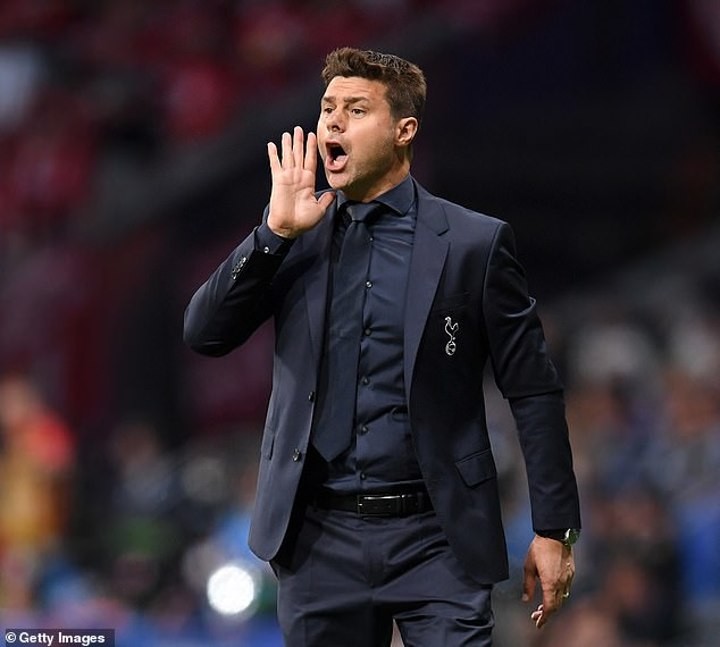 An interested observer at the recent Arsenal v Manchester City Under 23 game at the Emirates was none other than former Tottenham manager Mauricio Pochettino, who took in the action with sidekick Jesus Perez and other coaches.

Some of those in attendance wondered if he was watching the future players of his next club, with City known to be long-standing admirers of the Argentine.

The visitors recovered from conceding a second minute goal to claim a 4-2 victory in the Premier League 2 clash..

The delivery of stationary training bikes to the homes of 23 of the country's elite senior and junior players by the Lawn Tennis Association has not gone down well universally.

Non-recipients and hard-pressed grassroots coaches currently out of work have been among those unhappy at this latest display of largesse by the governing body.

One of those benefiting from the bike-leasing programme is Dan Evans, who has earned £450,000 in prize money already this year.

Former GB No 1 turned commentator Mark Petchey was representative of those feeling it was typical of the British game's faulty approach, tweeting: 'Too much focus on too few right through the age ranges.'

In return for being lent the bikes, players were ordered to send out faintly cringeworthy posts on their social media, thanking the LTA for their support.

The Premier League asked clubs to give them a heads-up on players they feel they may have an issue with extending contracts beyond their expiry dates this summer.

Clubs were told to get in touch with the top-flight's legal department to raise potential headaches ahead of last week's FIFA-led meeting on contracts and transfer windows.

Lord Coe has rightly won praise for his apparent willingness to shift next year's athletics World Championships to accommodate a rescheduled Olympics.

Coe has written to International Olympic Committee president Thomas Bach to offer assistance, and has said publicly that organisers are open to discussion.

One potentially positive spin-off for Coe, should the World Championships be pushed back 12 months, would be a delay in more uncomfortable questions about how Oregon came to win the hosting rights.

In April 2015, Lamine Diack, Coe's predecessor at World Athletics, awarded the championships to Eugene — the home of Nike — without a formal bidding process in a move which is understood to be being investigated by French financial prosecutors.

Coe severed his ties with Nike in November 2015 and insisted he did not lobby anyone over Eugene's bid.

The positive PR from accommodating a switch to allow the Tokyo Games to go ahead next summer would not go amiss at Nike HQ, either.

Cricket journalists on these shores raised a glass to the Yorkshireman at the time and were doing so again last week after he put the ECB on the front foot during the coronavirus crisis.

With content scarce, Reuben has been making England players available regularly for interviews with newspapers in a bid to keep cricket relevant and at the forefront of coverage amid the lockdown. Bravo.

Baroness Brady may have thought she had heard the last of the criticism for her suggestion the Premier League season be rendered null and void — with West Ham avoiding relegation in the process.

Enter former Leyton Orient chairman Barry Hearn, who has previous with the Hammers vice-chairwoman over the London Stadium.

'Karren Brady was so wrong, it's impossible to be wronger, if that's even a word,' Hearn told the Unofficial Partner podcast.

'You don't start a new season until the old season is done,' he added. 'Otherwise you lose the credibility of the sport in the hearts and minds of the people who follow sport.

'So Karren, bless her cotton socks, who's a very bright young lady — well, very bright lady — got it totally wrong and should have kept her mouth shut.'

Ouch. At least Hearn was honest. 'How can I tell someone to keep their mouth shut when I've made a living out of opening mine too often?' he continued. 'So, I'm a hypocrite as well.'

An example of how not to do PR came this weekend when new UK Athletics chief executive Joanna Coates alienated the majority of those who cover the sport.

Coates made the mistake of giving an exclusive first interview to the Sunday Telegraph, rather than sitting down with all newspapers.

Coates is only in the post because her would-be predecessor Zara Hyde Peters lost the job before starting it following an exposé by another newspaper (not The Telegraph).

And Coates used the interview to pick a fight with West Ham, whose support she will need should the Anniversary Games take place as planned at the London Stadium this summer. She has a big job on her hands at UKA and appears to have stumbled out of the blocks.

Formula One have told employees to take 80 per cent of their holidays before the season restarts so that, when it does, staff are available.

They have already brought forward the sport's summer shutdown — usually a two-week period of inactivity in August — to three weeks in March and April.

While many see the logic of the move, there are plenty of staff who are working non-stop to get the season back on track and, given nobody can leave the country, it has not gone down well with some.

One football executive, whose seven-figure annual salary would pay for an army of doctors and nurses, has started signing off messages with 'God bless the NHS'.