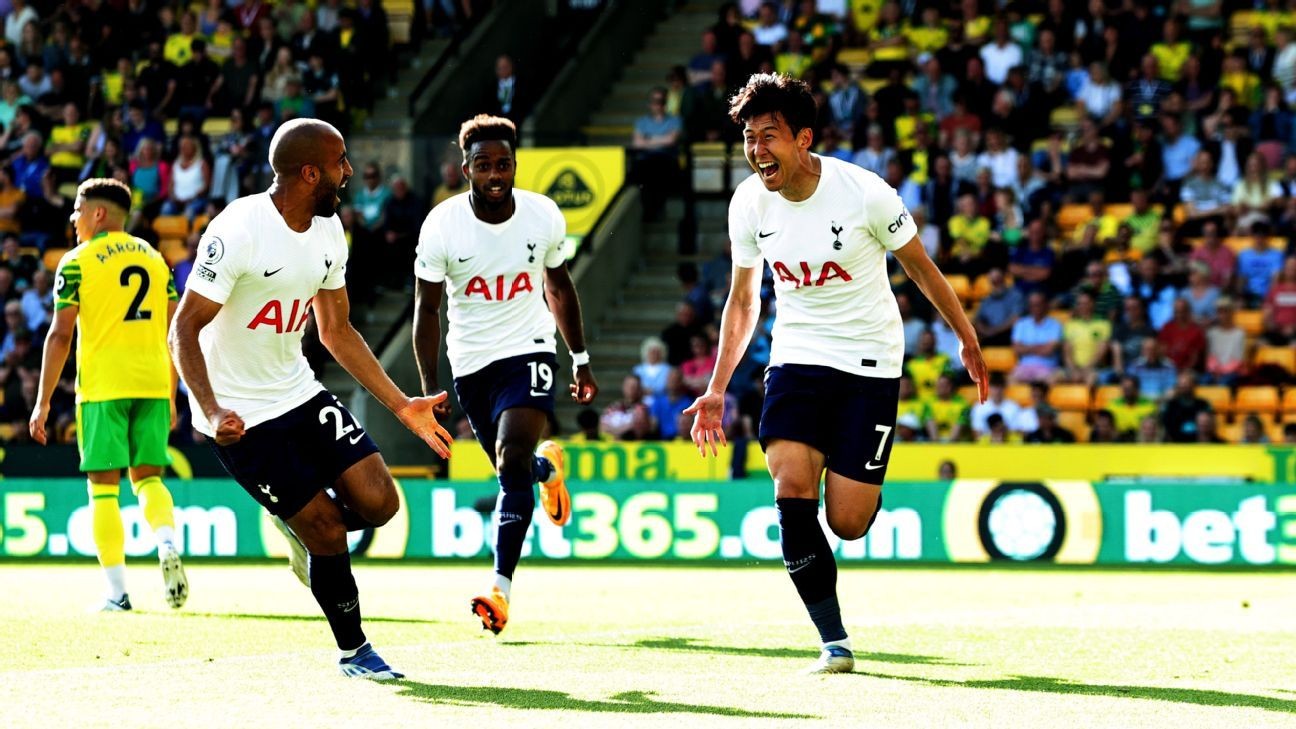 Spurs eased to a 5-0 victory over Norwich City on Sunday. Photo by David Rogers/Getty Images

Tottenham Hotspur have pipped Arsenal and qualified for the Champions League with a 5-0 victory over already-relegated Norwich City on Sunday.

Arsenal needed to beat Everton and hope Spurs lost to Norwich in order to pip their north London rivals to fourth place, but goals from Dejan Kulusevski, Harry Kane and Son Heung-Min saw Spurs clinch Champions League for next season.

Antonio Conte took over as head coach in November, replacing Nuno Espirito Santo, with Spurs in ninth place, but a resurgent change in form in the second half of the season saw the side finish two points clear of fifth-place Arsenal.

Rodrigo Bentancur raced down the left wing and into the box on 16 minutes before squaring to Kulusevski who tapped home. Bentancur turned provider again shortly after, collecting a poor goal kick from opposing goalkeeper Tim Krul before delivering a cross for Kane to head in.

Kulusevski scored a second on 64 minutes with a superb curled attempt. Then Son, who began the day two goals behind Liverpool's Mohamed Salah in the Premier League Golden Boot race, netted with a slotted finish on 70 minutes, and scored again on 75 minutes to seal victory for Spurs.